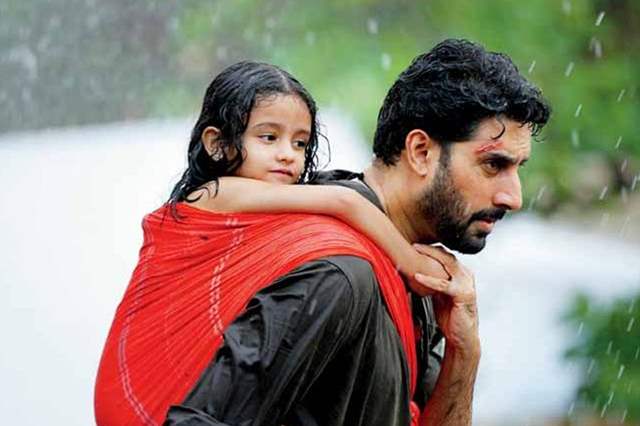 Netflix seem to be rolling with its Indian ontent finally where the streamer has actually struggled with an array of shows and films hitting the mark lately. Its rival streamer Amazon Prime Video has been rolling in one good show and film after the other while the former wasn't.

However, lately Netflix has managed to give in amazing shows and films where the likes of Raat Akeli Hai, Serious Men, Gunjan Saxena and many more have made a huge impact. It's latest presentation Ludo has also made a huge mark and is bringing in good reviews too. The film stars an alluring ensemble cast that includes the likes of Rajkummar Rao, Abhishek Bachchan, Pankaj Tripathi, Aditya Roy Kapur, Sanya Malhotra, Fatima Sana Sheikh and child artist Inayat.

We also know that Bachchan and child artist Inayat are co-starring and it is their own storyline that has especially been adored. In an intreview with SpotboyE, Bachchan opened up on how it was to work with Inayat in the film, Ludo. The actor exclaimed that it was an absolute delight to work with Inayat whom he described as a 'God's gift'. He was quoted saying, "It is wonderful, it is humbling, it is filled with wonderment. It is always so nice to work with wonderful co-stars and it is great to work with Inayat. She is a god's gift, I am telling you. Her talent is god given."

Abhishek Bachchan also described his first scene with Inayat and revealed that he was amazed to see how the little wonder managed to get every instruction and direction given by director Anurag Basu right. "I was gobsmacked when I worked with her first. On the first day, mujhe samaj nahi aya, itni choti si hai, how does she do all of this? (I could not understand, how could she manage to perform at such an young age)"