View Profile
Slated to release sometime early next year, Abhay Deol's Dibankar Banerjee movie, titled Shanghai, is already taking him places! The actor is flying to China's rich flourishing city as an invitee for what is called Diner Du Siecle, Dinner of the Century, where sharing the spot of fame on the red carpet alongside him will be Hollywood's fair haired diva, Scarlett Johansson. 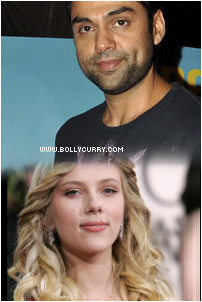 Hosted by wine brand Moet and Chandon, this event is tipped to be the grandest social offering to be organized this year in China, and Abhay's accolade becomes exclusive in that he is the only Indian to be felicitated on this pedestal for Asia's who's who!

An ecstatic Abhay admits the laurel is humbling and exciting at once, and encourages him to continue doing his own thing in his contribution towards Bollywood's media. With regard to this opportunity of a rendezvous with Johansson, Abhay says being a celebrity is about becoming a public figure, someone who is perceived with respect to his/her roles onscreen and the tabloid flashes. However, he does hope to make the most of this chance to get to know the person Scarlett, beyond the celebrity.

Riding high on the success of his summertime BO megahit, Zindagi Na Milegi Dobara, and raring to persist on his odyessey of exploring the path less traveled in the industry, Abhay is as deserving of credit and adulation, as they come!