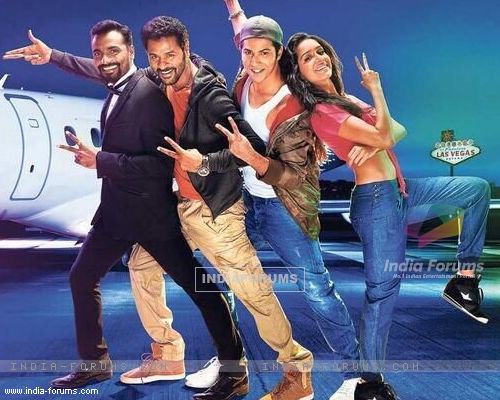 The much awaited trailer of the dance movie ABCD2 the second part of ABCD, directed by ace choreographer-director Remo Dsouza is creating a stir after minutes of it being launched.
The social networking site twitter is being jammed with best wishes from B-town to the team of ABCD2. Friends and fans are constantly pouring their love for the lead actors for their commendable performance in the trailer.
Jr. Dhawan's excitement had no bounds, as he was seen constantly taking to all the social networking sites to express his joy for the trailer launch of his dance flick. He was seen posting: "@Varun_dvn: Super excited few hrs left Remo sirs hardwork and love for dance about to explode". The Badlapur boy is all gaga over his character in the dance movie and his dedication can be seen through his twitter name that he has changed to "Varun SURESH Dhawan".
Some of the best tweets that were posted are:
Punit Malhotra was among the first few to express his excitement towards the trailer, @punitdmalhotra : SUPER HIT written all over it! What a trailer! Phaad daala :)) @Varun_dvn @ShraddhaKapoor
Dancing beauty Sophie Choudry gave in her views: @Sophie_Choudry : Remo sir.."This Is It"!!! #ABCD2Trailer is outstanding! @Varun_dvn @ShraddhaKapoor @PDdancing Lauren & all the artists have killed it!
Lai bhari actor Riteish Deshmukh posted: @Riteishd : Super energetic Promo of ABCD2 - congrats Remo - @PDdancing @Varun_dvn @ShraddhaKapoor @tushar1307 & Disney
Humorous man Arshad Warsi tweeted : @ArshadWarsi : The trailer of ABCD2 is simply OUTSTANDING, mind body & soul in perfect sync. Remo, Prabhudeva, Varun, Shraddha, @LaurenGottlieb
Yami Gautam as well retweeted Varun Dhawan's post containing the trailer link.
Well, after the macho performance given by our chocolate boy Varun Dhawan in Badlapur which got him so many appraisals, we can surely expect yet another heart thumping performance of our charming boy after these wonderful wishes.
ABCD2 starring Varun Dhawan and Shraddha Kapoor, directed by Remo Dsouza is ready to set the big screen ablaze on 19th June, 2015.
Priyanka Chauhan