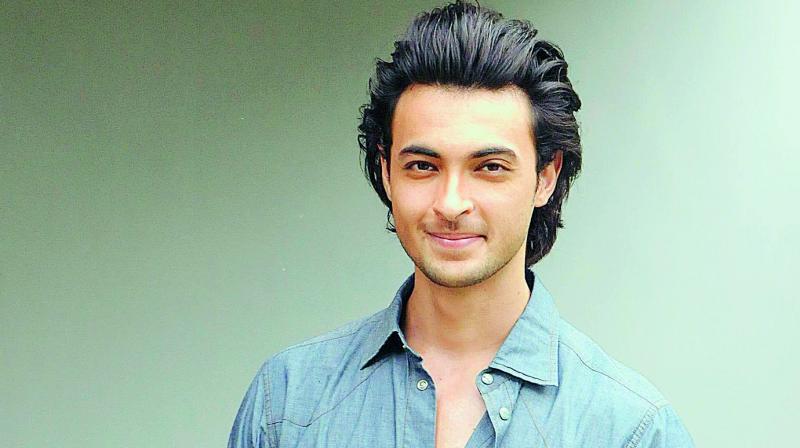 Aayush Sharma is on a roll. His last film Loveyatri might not have worked well at the box office, but the actor has got what he needed - the much-awaited recognition from the audiences. Today, he has become one of the most sought after actors from the younger generation on producers and filmmakers' minds.
He already has two films lined up this year. Aayush will be seen in the Hindi remake of Marathi movie Mulshi Pattern and it rolls this February. He is piling on as much as 15 kilos for the role to look his part. Along with that, recently there was news about Aayush being roped in for Rajkumar Santoshi's next. And now, Shyam Benegal has approached him for his next directorial venture.
Aayush had a few meetings with the ace director who loved the youngster's approach towards cinema. Not only that, he also saw an immense spark in him which is why he made that offer. It's not a run of the mill love story but an unconventional one which can turn out to be Aayush's career best, if he executes it well.
It's a life drama with Aayush playing the titular role, which is extremely author backed. Aayush has already agreed to do the film and it is expected to go on floors sometime in the later half of 2019.
It will possibly release sometime around early next year. But all in all, Aayush seems to have marched long ahead of his contemporary Ishaan Khatter who has not even signed a single film, post the release of Dhadak.