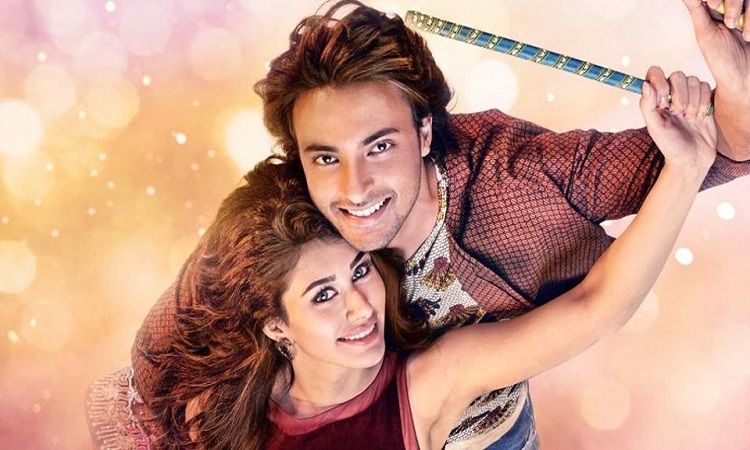 Debutants Aayush Sharma and Warina Hussain have already wrapped 2 schedules of the movie in the past 20 days.

The video showcases the lead pair of the film, director and the cast and crew celebrating it by cutting a cake.

Aayush posted the video and wrote, "Aaand here's the schedule wrap with everyone singing happy birthday for me! P.S - It is not my birthday! Haha  #Loveratri"

Entire cast and crew were seen having fun and teasing by singing Happy birthday to Aayush with a huge smile and laugh on their face.

The actor often takes to his social media and posts various behind the scenes images from the sets.

Aayush has posted several images and videos of him and Warina from their dance sessions and on set locations and the fun the team has while shooting.

After their first scheduled in Baroda, the team calls it a wrap in Ahmedabad of their second schedule as well.

Loveratri is set against the backdrop of Gujarat, a romantic drama which unfolds the love story of the leading couple over the span of Navratri.

The film stars Aayush Sharma and Warina Hussain in the lead role marking their Bollywood debut with the film.

The poster showcased Aayush Sharma and Warina Hussain holding dandiya sticks. The poster garnered immense love and appreciation from the audience and from Bollywood.

'Loveratri' is written by Naren Bhatt who is based out of Mumbai and was born in Bhavnagar.

Directed by Abhiraj Minawala, Loveratri is produced by Salman Khan under the banner of Salman Khan Films is slated to release on 5th October 2018.