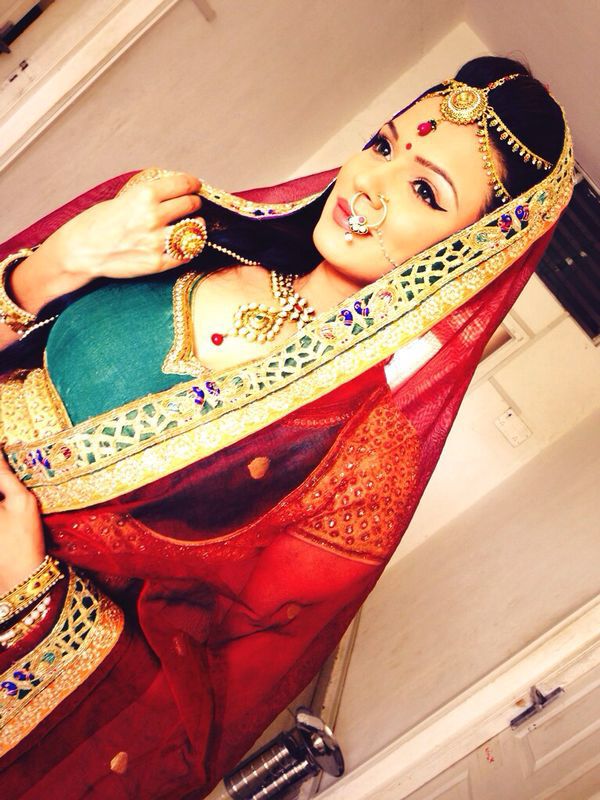 Sony TV's Bharat Ka Veer Putra - Maharana Pratap is gaining audiences love through its ongoing track. With the Gangaur celebrations going on in full swing , the viewers can expect a high voltage drama which will keep them glued to the show. The vicious Maharani Bhatiyani who was penalized for her wrong deeds in the show is back to the show.

Yes you all heard it right! To spice up the drama in the show Maharani Dheerbhai Bhatiyani is back with a bang in a more bolder look. When asked Aaskha Goradia about her comeback she says, "Maharani Bhatiyani is back from the dongle to the palace. And this time she is much bolder, wilder and crazy. But at the same time she is much softer and sweeter when it comes to her dressing and attire."

Any message which Aashka would like to convey to her fans who have been waiting to see her back in the show Maharana Pratap? This is what Aashka says, "I would like to thank each of them for showering their unconditional love on me."

Well, the entry of Maharani Dheerbhai Bhatiyani seems quite interesting and will bring twist in the tale. But only time can tell us how much love it will gather from its audiences.

We wish Aashka all the best!

6 years ago Faisal khan and Roshni walia are the best onscreen jodi . love them

6 years ago Faisal and roshni all the way .
They rock , love them .

+ 2
6 years ago Faisal and Roshni are doing great as PrAja love them !

Aaskha is a good actress too

6 years ago I love praja very much .
Maharana pratap rocks .

6 years ago Commenting for my Roshni-faisal i love them to the core.

6 years ago Really now I want to know who all wanted DB back in the scene. Ashka may be a good actress.
But d entry has brought in all the negativity in d show. I feel so hopeless after watching yesterday's episode, not to mention so sorry for Jaivanta Bai ji. :(

6 years ago Dheer bai is not a maharani but rani TB we should not expect correct articles from you LoL.