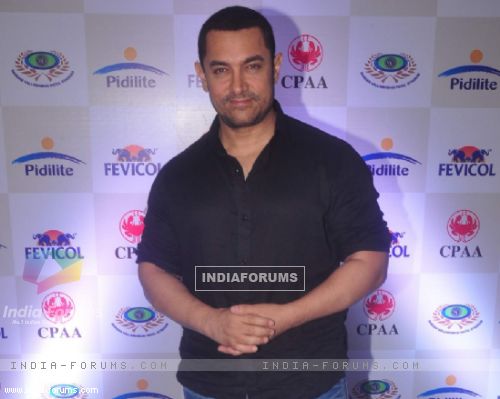 Aamir Khan has a favourite blue t-shirt which he likes to wear whenever he needs his luck to be in his favour.

The actor is an ardent follower of cricket, and this blue t-shirt is one that he always wears while watching India play during a critical match. Especially during the world cup he makes it a point to cheer for team India wearing his favourite blue t-shirt. His lucky t-shirt also favours team India, so whenever he wears it they win the matches.

However, this time he is a bit upset over the fact that he can't wear his lucky t-shirt anymore because of his bulky body. He tried wearing it but the t-shirt did not fit him at all.

The actor has bulked up big time for his next release Dangal. He is at his heaviest, currently weighing 90 Kgs. He plays a wrestler in the film and has worked extremely hard to physically mould into his character. Although he is a bit disappointed, his energy will be no lesser while cheering for team India. He is super excited for the world cup matches and feels that the team is in a great form.