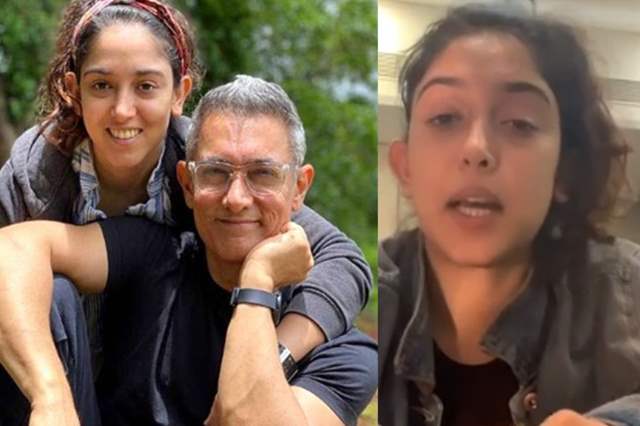 Actor Aamir Khan is a legend in the film business and while we absolutely love the actor's filmography, in wake of the constant buzz about nepotism, there has always been a constant question - will any of Khan's children enter the film industry or not.

And while not much has been said about that, it is Khan's daughter Ira Khan that has entered the movies - albeit not as an actor. Ira made her directorial debut last year with a theatrical adaptation of Euripides’ Medea, featuring Hazel Keech in the titular role which premiered in December last year.

However, on the eve of World Mental Health Day which was yesterday, Ira went on to share a video of herself that she has been clinically depressed for more than four years now. She even posted a long caption saying, “A lot has been going on, a lot of people have a lot to say. Things are really confusing and stressful and simple and okay but not okay and... life all together. There’s no way to say it all in one go. But I’d like to think I’ve figured some stuff out, or at least figured out how to make it slightly more understandable. About mental health and mental ill-health. So come with me on this journey... in my awkward, quirky, sometimes-baby-voice-y, as-honest-as-I-can-be... way. Let’s start a conversation. Happy World Mental Health Day.”-

In the video, Ira said, "Hi I am depressed I have been for more than four years now. I’ve been to a doctor and I’m clinically depressed. I’m doing much better now. For over a year now, I wanted to do something for mental health, but I wasn’t sure what to do. So, I have decided to take you on a journey, my journey, and see what happens. Hopefully, we will get to know ourselves slightly better, understand mental illness better.”

We hope there is good awareness about it where knowing and caring about mental health is the need of the day.