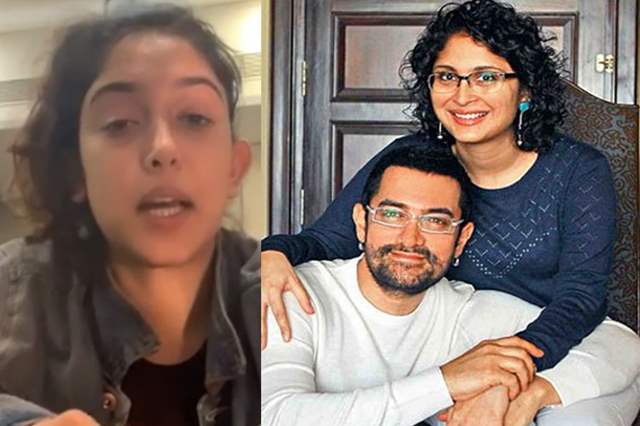 Depression is real and it is rather unfortunate to witness one death after the other to be able to prove this. One of the first things to take care of in order to deal with depression is accepting having it and then talking about it.

Actor Aamir Khan's daughter Ira Khan has been vocal about the same in recent times and also has extensively talked about dealing with it too.

On World Mental Health Day, Khan had revealed that she is suffering from depression for last 4 years. In her first IGTV series video, interestingly, she further revealed the piece of advice she received from ‘aunt’ and Aamir Khan’s 2nd wife Kiran Rao.

Khan began the clip by saying that different people gave her different advice to her to battle depression. People asked her to stay positive, keep busy and workout. She also added that there’s no one solution to depression as it affects everybody differently. Ira said when she began to keep herself busy, her ‘aunt’ Kiran Rao advised her to stop being busy and slow down.

She captioned the video, “What to say to someone who’s depressed? Part 1. What can you say to someone who’s depressed as way of advice when you don’t really know how their depression is affecting them? What should you say? What should you not say? #mentalhealth #letstalk #depression #bepositive #workout #stayhappy #keepbusy #sensitivity #empathy #whattodo #howmuchdoyoureallyknow”-

She even said, "Hi, I'm depressed. I have been for more than four years now. I've been to a doctor and I'm clinically depressed. I'm doing much better now. For over a year now, I wanted to do something for mental health, but I wasn't sure what to do. I have decided to take you on a journey - my journey - and see what happens. Hopefully, we'll get to know ourselves and understand mental illness slightly better. I've thought of so many things to say. What should I say? Why am I doing this?"