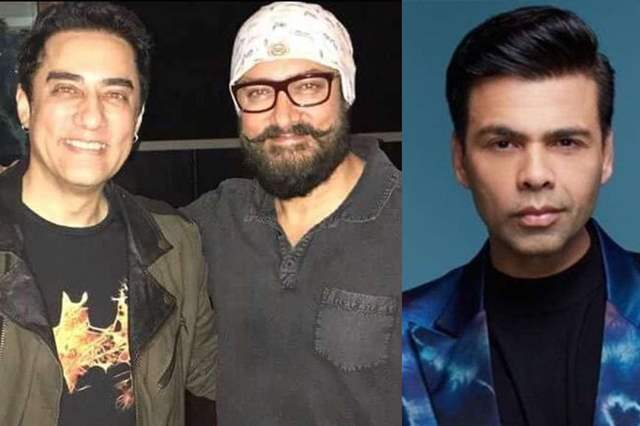 The saga surrounding actor Sushant Singh Rajput's demise may have catapaulted into something else now but one would remember how it all started with director Karan Johar being in the centre of things from topics of nepotism to words like 'movie mafia' being used.

And even though that debate may have died down for now, the flak that Johar is receiving isn't off yet.

The latest one joining this bandwagon is actor Faisal Khan, who is actor Aamir Khan's brother and they starred in the film, Mela together. There was an array of controversies surrounding Khan back in 2007 and most recently, he came forward to share an instance of how he was looked down by someone at Aamir's 50th birthday. He added how he was even being insulted by Karan Johar.

Sharing his views and how industry functions with Bollywood Hungama, Faisal was quoted saying,  "If your work flops, they don’t treat you well; they don’t even look at you and it has happened with me. On my brother’s 50th birthday, I was looked down upon by someone, I don’t wish to take the name. But, Karan Johar acted weird with me; he put me down. He insulted me when I was trying to talk to someone and trying to disconnect with the person I was talking to. So, a lot of such things have happened and even I have been through it."

ishan2003 12 days ago He has issues anyway, we know that and we can’t take this as gospel. This is irresponsible reporting. You should remove this article!