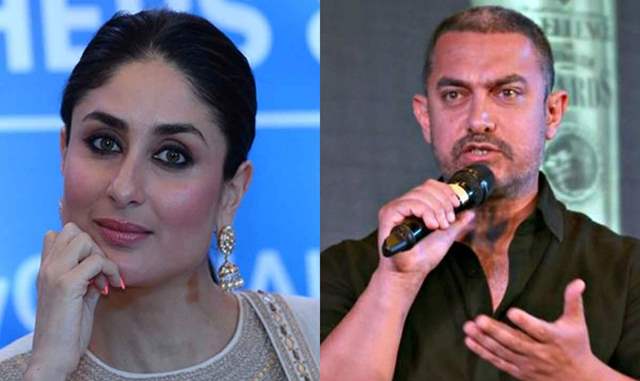 Kareena Kapoor Khan and Aamir Khan are currently gearing up for their upcoming film 'Laal Singh Chaddha' and just ahead of the release of the film, a recent interview video is making rounds on social media.

The video that's currently being surfaced on the internet is posted by Aamir Khan’s fan clubs, and in it the actor was captured mentioning about releasing his movie Laal Singh Chaddha in Christmas 2021.

But he also made a hilarious revelation; he mentioned while the world was fighting with COVID-19, they were battling with the Coronavirus as well as Kareena Kapoor Khan.

The diva who plays the female lead in the movie, broke the news of her second pregnancy amidst the pandemic. And this created one more challenge to the makers of Laal Singh Chaddha.

While the rest of the world was dealing with Corona, we were dealing with Corona and Kareena (Kapoor) who was the heroine of the film, she got pregnant, another complication so we are like one more gust of wind has pushed us in another direction.

Speaking about the movie release he said,

"So we’ll see where it lands but so far things are going well and for now, things seem to be in control. Hopefully, by the end of the year, we should see the film.

With his wife Kiran Rao adding that the movie may release around Christmas.

Linking the movie plot to the number of hurdles they faced while filming the movie, he said,

Forrest Gump begins with a feather, the feather comes floating down from the sky and it goes over people’s shoulders and drives over a car, the wind kind of pushes it here and there, and Advait (Chandan), who is the director of this film, he and I often joke that when we took on this film, our lives have become like a feather — different winds are pushing us in different directions, and we are just kind of flowing with it and we are just going to figure out where we land up by the end of the film.