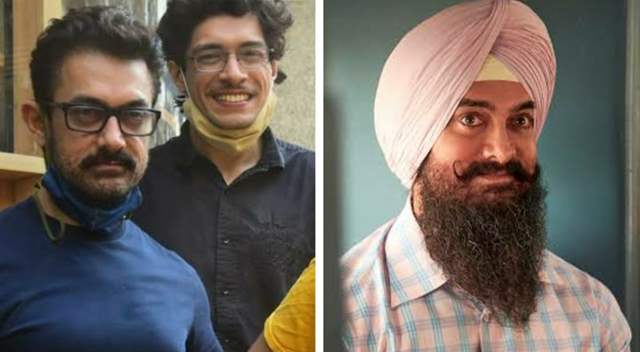 Some stories are as fascinating more than the fictional world. Time and again, we come across instances where we see trivias and anecdotes from a movie and the making of it.

As Laal Singh Chaddha gears up for its release, leading man Aamir Khan sat down with the media for an interaction about the movie and otherwise. And while the stories that he shared about the movie were. Lot of fun and interesting in its own right, the man shared a yet-to-be-known story from that was extremely interesting.

Khan revealed that during the pre-production of Laal Singh Chaddha, he wanted his son Junaid Khan to play the titular role. Interestingly, Junaid had also done the test video for the role.

The Dangal actor has earlier collaborated with Chandan on Superstar Singer, but given Laal Singh Chaddha was a very tough film, he wasn’t sure if he could hand it over to him. And thus he asked him to build his own crew and shoot a pilot. This was also the time that the actor’s son Junaid Khan who had gone to the American Academy of Dramatic Arts, Los Angeles, had returned to the country. Khan suggested the filmmaker to shoot the test video with his son. “It became a test for both of them that way," the actor said.

Khan shared that when he saw the test video with his ex-wife Kiran Rao, he was blown away by his son’s performance. “As soon as I saw the test video, I was blown away. I knew mera chance gaya (I thought my chance has gone). That innocence of Laal that we were planning to get was out there while I would have to act it out. The innocence on his face was Laal Singh and I would have had to work incredibly hard to get there. I don’t have that innocence anymore and he did that naturally. Junaid was simply outstanding and I felt he was the right guy to play the part," said the actor who had grown his beard for 6 months for the role while the screen tests were happening but since they were planning to cast his son, he shaved it off.

The actor added that he showed the test video to around 100 people including his colleagues like Rajkumar Hirani, Karan Johar and Aditya Chopra along with a few family and friends, “Every person who I showed the video said, you need to cast Junaid for the role as he was just perfect."

However, Atul (Kulkarni, the scriptwriter of the film) and Aditya Chopra were adamant that Aamir should do the film instead, “They wanted me to play the character. According to them, The story of the Forrest Gump isn’t that solid. It’s an episodic movie which requires a star. A new actor can’t pull this off. So when the discussions came back around, I started to grow my beard again," the actor said.

Khan, who is also producing the film, says that his son’s performance in the test video became the inspiration. “I didn’t expect him to be better than me. I got influenced by Junaid and got the sur to act. His scenes from the test video were my inspiration for the film. I observed his eyes and took the character from there. This is the journey of how I actually became Laal Singh Chaddha," the actor concluded.