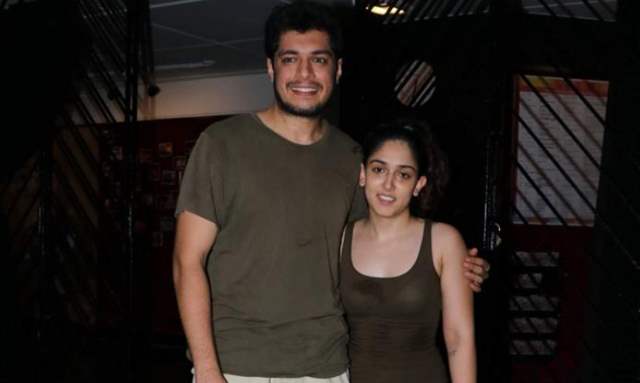 Actor Aamir Khan’s son elder son - Junaid Khan is all set to venture into Bollywood with his debut film Maharaja which goes on the floors today. The young actor already has a theatre background, but he will be facing the camera for the first time.

Junaid’s upcoming film Maharaja is based on 1862 Maharaj Libel Case and it is being directed by Siddharth P Malhotra.

A recent Mid Day report suggests that Junaid will be seen playing the role of journalist Karsandas Mulji in the film. Meanwhile, his sister Ira Khan has shared a heartfelt post for her brother.

Taking to her Instagram handle, Ira shared a throwback picture of her along with her brother Junaid. The picture featured her sitting on her knees and giving a bouquet to her elder brother. In her post, Ira penned a note for her brother as she mentioned that Junaid has worked in her play and his professionalism is unparalleled.

Her note read, “Junnuu! This wasn't his first play or his first show or our first play together but.. today is his first day! Of shoot. And I love this picture. He's been acting for a few years now but its still new for me. He even acted my play so I should be over it... but I've been his younger sister longer than any of the other things.”

She further added, “His professionalism is unparalleled. I'm super excited for him. Can't wait till he blows everyone away. And irritates them a little with his properness (HE REFUSES TO TELL ME ANYTHING ABOUT THE FILM. SO IRRITATING. I WANT INSIDE SCOOP) and then I can go to set and embarrass and trouble him! #proud #excited #bigbrother #firstday #shoot.”

Earlier, Ira shared an unseen video of Junaid from one of his theatre plays, ‘A farming story’. In the video, Junaid can be seen getting ready backstage and painting his face for the play while Ira can be seen helping the others do their make up.

Junaid has completed his theatre studies and has been performing in plays for more than 3 years now. Meanwhile, Ira has expressed her interest in direction.

Ira and Junaid are Aamir Khan's children from his first wife Reena Dutta. Khan married Reena Dutta on 18 April 1986, however, in 2002, Khan filed for divorce and Reena took custody of both children. Later in 2005, Aamir Khan married Kiran Rao, and the couple announced the birth of their son, Azad Rao Khan through surrogacy in 2011.