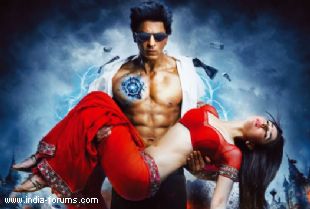 'My best wishes to Shah Rukh and the entire team. They have put in a lot of money and effort. I wish and hope they get their due respect. I hope the film does well,' Aamir told reporters at the announcement of his TV debut here Saturday.

The film sees Shah Rukh playing the role of superhero G.One or Jeevan, while Arjun Rampal plays the evil 'RA.One'. It also stars Kareena Kapoor in a prominent role.

Shah Rukh is leaving no stone unturned to make his big budget film a success. He has been aggressively promoting the film all over.