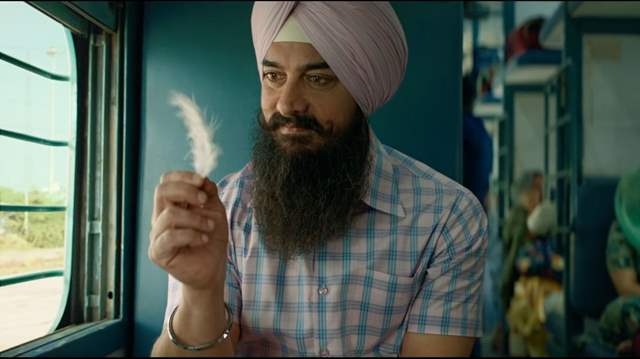 The most awaited song ‘Tur Kalleyan’ from the film Laal Singh Chadda is out now! The music of this musical euphoria has been given by Pritam and its motivational lyrics were jotted down by Amitabh Bhattacharya. The vocals for this ecstatic number are given by Arijit Singh, Shadab, and Altamash.

While the song is released in audio format, it is said that the team of the film traveled to several different places to shoot the song. The song was the longest sequence shot in the film. Aamir Khan, who was enduring knee pain before the shoot of ‘Tur Kalleyan’, shot this sequence in the same condition.

Tur Kalleyan’ is the 4th song from the film Laal Singh Chaddha. Just like the three songs ‘Kahani’, ‘Main Ki Karaan?’ and ‘Phir Na Aise Raat Ayegi’, the makers have released the songs without the video, giving the lyricists, composers, musicians, and technicians the center stage.