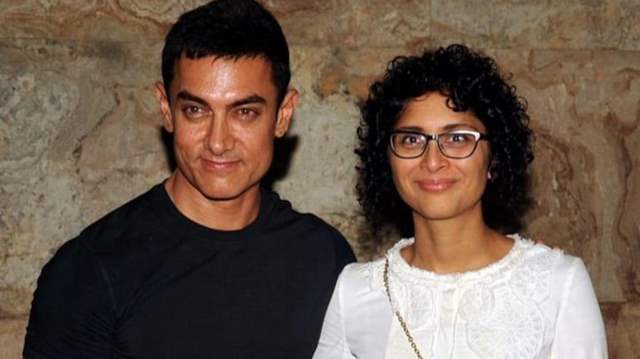 Today is Aamir Khan's birthday, and social media has been flooded with birthday greetings for Bollywood's Mr. Perfectionist. On this special day, Aamir's fans from all around the world are sending him their best wishes.

While Khan is overwhelmed by the love he is receiving, he recently spoke to News18 about a wonderful birthday gift he received this year and it was from his ex-wife Kiran Rao, and he referred to the same as "life's best birthday gift."

Aamir mentioned that he just had a talk with Kiran in which he requested that she write out his flaws and weaknesses so that he could work on them. The Dangal star said,

"She gave me a list of 10 to 12 points, which I sat down and jotted down. So that was the finest birthday present I've ever received."

Aamir also stated that the points made by Kiran on the list were correct, which puzzled him. He added

"That's why I think it's the nicest birthday present I've ever received. No one tells you what she told me. She pointed me my flaws with honesty and love."

The Dhoom 3 actor and Kiran shocked the nation last year when they announced their separation after 15 years of marriage. "We began a planned separation some time ago, and now feel comfortable to formalize this arrangement, of living apart yet sharing our lives as an extended family," they said in a statement.

Meanwhile, Aamir Khan will be next seen in Advait Chandan’s Laal Singh Chaddha. Also starring Kareena Kapoor Khan and Naga Chaitanya in key roles, the movie is slated to release on August 11 this year.