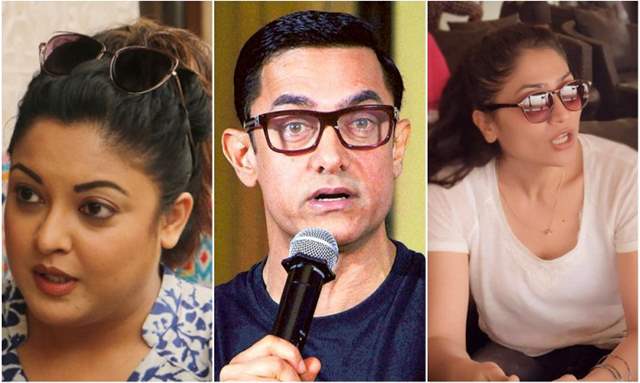 Aamir Khan took the entire film industry and fans by shock with his sudden decision of reuniting with director Subhas Kapoor who was accused under the Me Too movement last year. Earlier the superstar had given the affirmation for the director’s next, titled Mogul, which is the biopic of late devotional singer Gulshan Kumar, but later stepped out of the film after the charges against the filmmaker. However, on Tuesday, Khan reversed his decision and announced his startling decision of collaborating with Subhas in a long detailed note.

Aamir stated the reason behind his bold decision saying that a person is innocent until proven guilty and the courts will serve the ultimate justice. While the actor’s baffling step has taken many from the industry by surprise, a notable name involved in the whole case has expressed her disappointment over the same.

Reportedly, in 2014, TV actor Geetika Tyagi had accused filmmaker Subhash Kapoor of sexual misconduct and his name was dragged under the #MeToo movement.  Reacting to the reports of Aamir reconciling with the director, the actress said she is hurt with the decision.

"I had commended Kiran Rao and Aamir Khan [last year] because it gave hope to more women to speak up about their own stories. But I had never asked for it from them. Now that Subhash has been hired back, it's not like someone [from their end] reached out to me. It would have been a fair game had they considered both sides of the story, “ she stated in an interview with Midday.

Geetika further added, "The industry is patriarchal. Only women face the repercussions of complaining against sexual harassment, whether in the workplace or otherwise. They are ostracised when they complain. It's a sensitive decision on Aamir's part that Subhash shouldn't be treated badly until proven guilty. But what about my livelihood that has stopped since 2014? Criminal cases take time [to be served justice]and that's a reality."

The actress also stated that the Dangal star’s decision would not have an impact on her ongoing case against Subhash. "Aamir re-hiring him doesn't affect my case, which is subjudice. I did everything by the book — went to the cops, filed charges, went to the lawyers. I believe in my fight, the system and I have my evidence”, she said.

Besides Geetika, actress Tanushree Dutta, who played a monumental voice in the #MeToo movement, has also slammed Aamir Khan’s decision. She said, "I read through the whole paragraph that Aamir Khan wrote, "justifying why he was associating himself with Subhash Kapoor. I want to ask one question... How come nobody in Bollywood has sleepless nights when a girl becomes a victim of harassment and is ostracised from the industry?"

Further criticizing the PK actor’s step, she said, "There seems to be so much compassion for the #MeToo accused floating around but none for the alleged victims. Having sailed in the same boat myself, I know that nobody bothered to even ask me how I was doing when being an actor, my primary livelihood was snatched away after the Horn Ok Please harassment episode. I was a talented screen actor. But nobody wrote letters, requesting bigwigs to work with me and help me resurrect my career and help me heal from the trauma, insult, and humiliation that I endured. No compassion for me, Aamir?”

Produced by T Series, Mogul is a biographical film that traces the life and journey of renowned Bollywood singer, Gulshan Kumar Dua, who was murdered by the Mumbai underworld syndicate D-Company. In a recent development, Aamir Khan has confirmed being a part of the biopic.