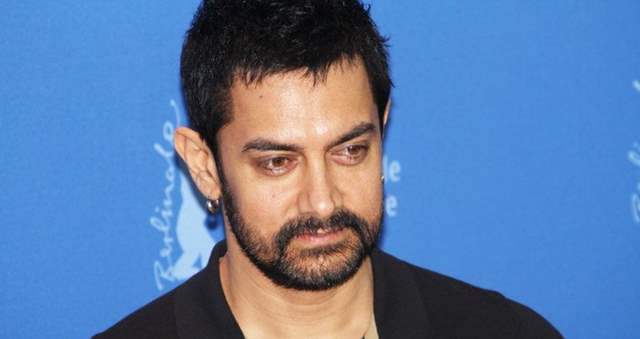 Actor Aamir Khan took to social media to mourn the loss of his Marathi teacher Mr Suhas Limaye and penned a heartfelt note as he expressed his grief over the loss.

Aamir wrote:  “I am deeply saddened to hear that my Marathi Sir Mr Suhas Limaye passed away yesterday. Sir, you have been one of my best teachers. I have enjoyed every moment that I spent with you. Your curiosity, and your desire to learn and share, is what made you the fantastic teacher that you have always been. The 4 years we spent together have been most memorable. Every moment that we have spent together is etched in my memory. You taught me not just Marathi, but about so many other things too. Thank you. You will be surely missed, Sir. My heartfelt condolences to the family.”

Back in June this year, Aamir had informed that some members of his staff had tested positive for Coronavirus. In an Instagram post, he had mentioned that the staff members were immediately quarantined, and he had also thanked the BMC and the hospital staff for their prompt help. He had also added that the rest of the family except his mother had underwent tests and found negative. He had asked netizens to pray for his mother as he was taking her for the COVID-19 test.

On July, the actor had confirmed that his mother too had tested negative to the deadly virus. He had said via a tweet: “Hello everyone, I am most relieved to inform everyone that Ammi is Covid 19 negative. Thank you everyone for your prayers and good wishes.”

Meanwhile, on the work front, Aamir Khan will be seen next in his much-awaited film, Laal Singh Chaddha which is a remake of the Hollywood film, Forrest Gump. Recently, he had jetted off to Turkey to complete the shooting of his film, where he met with Turkey’s first lady Emine Erdogan. The pictures had sparked a debate online and the actor was trolled.

Laal Singh Chaddha also stars Kareena Kapoor Khan in the lead role and the film marks her on-screen reunion with Aamir Khan after seven years. Fans have witnessed the pairing of Kareena and Aamir Khan in films like 3 Idiots and Talaash before.

Laal Singh Chaddha is slated to release on Christmas 2021.