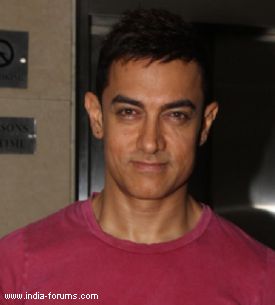 Bollywood star Aamir Khan has registered a complaint with the Mumbai police in the wake of a defamatory campaign against him on social networking website Facebook. The "malicious messages are wrong and baseless", he has said.

Aamir made his TV debut with "Sataymev Jayate" (SMJ) in May 2012 and the show, dealing with sensitive social issues like female feticide, domestic violence and child abuse, received a warm welcome from the TV viewers after it went on air on Star Plus. Some of the episodes dealing with female feticide and malpractices in medical field recorded the highest ratings.

He launched the second season March 2 on STAR India channels with a sensitive issue of rape, and the second episode, beamed Sunday, talked about police force.

It has been alleged in the messages on social networking site ( ?stream_ref=10) that that when at the end of the show, Aamir asks for donations for Humanity Trust, the money is used for masjid construction assistance and placement assistance for Muslim youth.

Aamir took to his Facebook page and clarified that he is associated with Humanity Trust, Hanspukur, West Bengal, not the other Humanity Trust.

"False and malicious messages are circulating through various electronic media. including WhatsApp, Facebook, Twitter and other social media networks, alleging that donations are being sought in my television program 'Satyamev Jayate' Season 2, in relation to an entity by the name of Humanity Trust, which is claimed to be working in the field of Masjid Construction Assistance and placement assistance for Islamic youngsters. This is entirely false," Aamir said in his March 7 post on https://www.facebook.com/aamirkhan.com.

"I would like to clarify that 'Satyamev Jayate', in Season 1 was associated with Humanity Trust, Hanspukur, West Bengal, a charitable hospital run by Ajoy Mistry and his mother Subhashini Mistry. Humanity Trust, Hanspukur, West Bengal, is doing excellent work in the field of health care and provides free medical facilities to the poor. More information can be found on their website www.humanityhospital.org and our websitehttp://www.satyamevjayate.in/every-life-is-precious/humanity-trust.aspx. "

"Please note that Humanity Trust, Hanspukur, has nothing to do with Humanity Trust referred to in the malicious messages. I would like to clarify that all donations sought in SMJ are used and channelized for entirely deserving and secular causes, contrary to the content of the highly mischievous/malicious insinuations in the messages, being circulated by vested and unscrupulous interest."

He also urged viewers to seek information on all NGOs featured on the show on websitewww.satyamevjayate.in.

"Spread the love guys," he wrote.