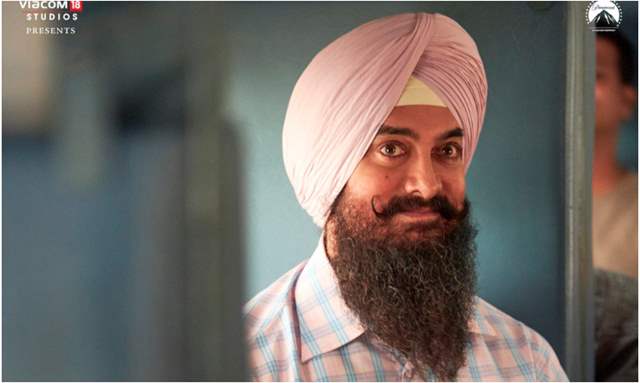 The nationwide Coronavirus lockdown stalled the shoot of many upcoming films and the entire Bollywood industry was at a loss. While the industry gradually tries to revive itself from the four-month slumber, several actors have taken up the baton and started off the shooting for the upcoming projects.

Meanwhile, a recent Mid-Day report has stated that Aamir Khan is ready to shoot for his upcoming film Laal Singh Chaddha. The actor along with the film’s leading lady Kareena Kapoor Khan will resume the shoot in Mumbai from September 7.

The report also suggested that last month the unit swiftly began constructing two sets at Film City in Goregaon and Vrundavan Studios in Malad post the approval for work from the government. Kareena Kapoor Khan, who plays Khan's love interest in the official adaptation of Forrest Gump (1994), will join the actor during the Film City leg.

"Aamir is certain that he wants to begin with indoor shoots. A set of a house has been erected at the Goregaon studio, where the two actors will shoot their joint scenes. Post that, Aamir will move on to Vrundavan Studios where a huge set of military hospitals is being constructed. This leg is crucial to the narrative as the unit will shoot the portions where his character Laal Singh Chaddha is seen returning from the war," reveals a source quoted by the Mid-Day report.

"As the producer, Aamir feels responsible for the safety of his crew, and hence, has appointed a special team that will monitor the safety measures being adopted on the set. The cast and crew will undergo COVID test every week, apart from the daily temperature and oximeter checks. Considering Kareena is pregnant, Aamir Khan has instructed Advait that only a skeletal crew be present on set when she is scheduled to shoot," the source added.

Previously, the upcoming film’s Ladakh shooting schedule was called off amid the rising tensions between India and China. Earlier, the shoot was put on hold due to the coronavirus scare.

After 3 Idiots, fans will get to see the pair of Aamir Khan and Kareena Kapoor once again in the film along with South superstar Vijay Setupathi, who will be seen in an important role in the film.

Written by Atul Kulkarni, the film is helmed by Advait Chandan and will be produced by Viacom18 Studios and Aamir Khan Productions, and the Advait Chandan directorial was deferred to Christmas 2021.