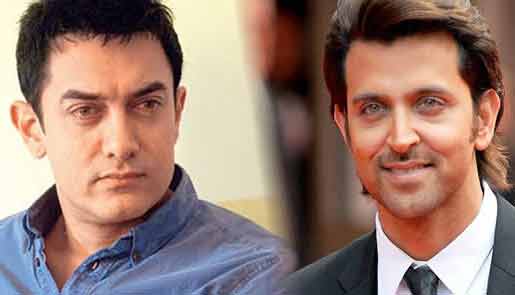 After throwing up "Bang Bang!" dares to celebrities like Shah Rukh Khan and Sonam Kapoor, Hrithik Roshan has chosen to add superstar Aamir Khan to the list.

In the first look poster of Aamir's forthcoming film "PK, the actor posed nude with a strategically placed transistor. And now, Hrithik has challenged the superstar.

"By POPULAR DEMAND! today's #bangbangdare goes 2 d man himself THE PK! @aamir_khan! Your dare is -" PUT THE TRANSISTOR DOWN!!" he tweeted Sunday.

And Aamir is game for it!

He replied saying: "@iHrithik Hey Hritik I accept the dare! Have asked Raju for the transistor, its on the way!!! @iHrithik Will shoot it asap and send it to you!!! But i take no responsibility for what happens after that??"

The dare is a part of a promotional strategy for his film "Bang Bang!" releasing Thursday.