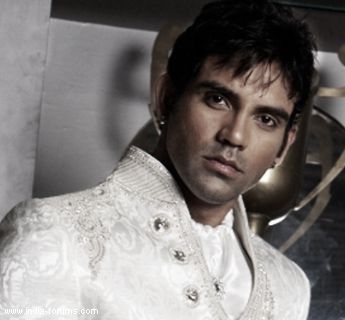 Dakssh Ajit Singh quit "Chhal-Sheh Aur Maat" just after one episode of the TV show, and actor Aamir Dalvi has now taken over the negative role. He says he is "loving it".

Aamir says it's not justified to call him a replacement.

"I want to clarify about the replacement. The actor was not really revealed much. For the audience, Aamir Dalvi is only Abhinav," Aamir said.

In the suspense thriller, aired on Colors, Abhinav is a convict, who is released from prison. Thereafter, he creates problems for the show's protagonist, Aditi, essayed by Hunar Hali.

Aamir is a known face on TV and has been a part of serials like "Jeevan Saathi" and best known for his role as an autistic in "Sanskaar Lakshmi".

"I'm always looking out for interesting roles. After my last role (in 'Sanskaar Lakshmi'), I had decided that either I will play someone who is much older to me, mature, rugged kind of a guy or a negative character. So I was looking for this kind of role," he said.

Even though Aamir has just entered the show, he loves the atmosphere on the set.

"The atmosphere is fantastic," the actor added.

captkirk 8 years ago Loving it Aamir to see you back on screen, your character is spine chilling!

cosmogirl77 8 years ago Love to see more of your character in the show. It makes it really thrilling.

gurjotvirk 8 years ago This has to be the best show on tv right now each episode leaves you wanting more!

cosmogirl77 8 years ago Hey Abhinav.. Oh La La...
You are doing a great job. Really creepy performance. Keep it up.

jiji22 8 years ago he creeps me out..so I guess he is doing a good job for his role so far! lol

Mean.Girl 8 years ago this show ROCKS.. I like Hunar and Avinesh..

aimyx 8 years ago The enite cast of Chhal Sheh aur Maat is just so perfect. I don't know from where Bhairavi dii and Nandita ji got this bunch of talented actors..!!!

i wish the show reaches height...

exclusive
Exclusive Mohit Malhotra talks about reuniting with Hina Khan, if ...
25 minutes ago