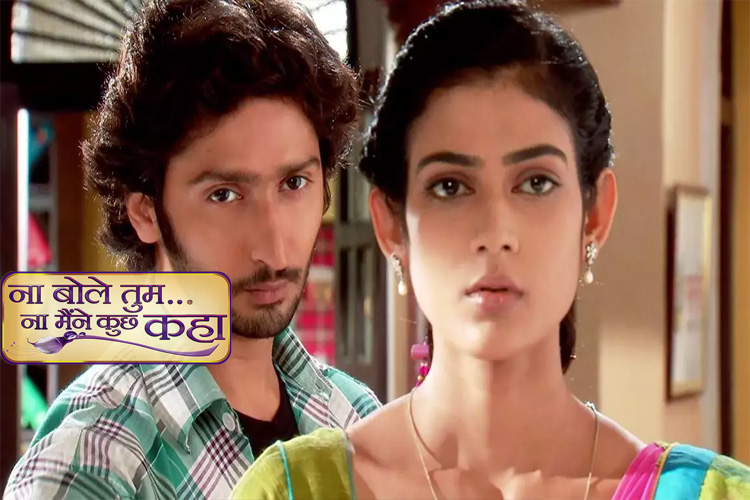 Only recently we reported about how actress Aakansha Singh is all set and rolling, where she has bagged yet another film and will be seen opposite south superstar Nagarjuna.
However, for the TV viewers, she will remain the loving and innocent Megha from Colors' Na Bole Tum Na Maine Kuch Kaha,  due to her twisted love story with Kunal Karan Kapoor aka Mohan Bhatnagar.
The show was a super success and spawned two seasons making it one of the most loved shows too.
And guess what? Not just the fans, but Aakansha also misses her stint and the show dearly.
In a recent instagram chat with the fans, one of them asked her if she misses the show, to which she said yes, and mentioned how it's close to her heart- 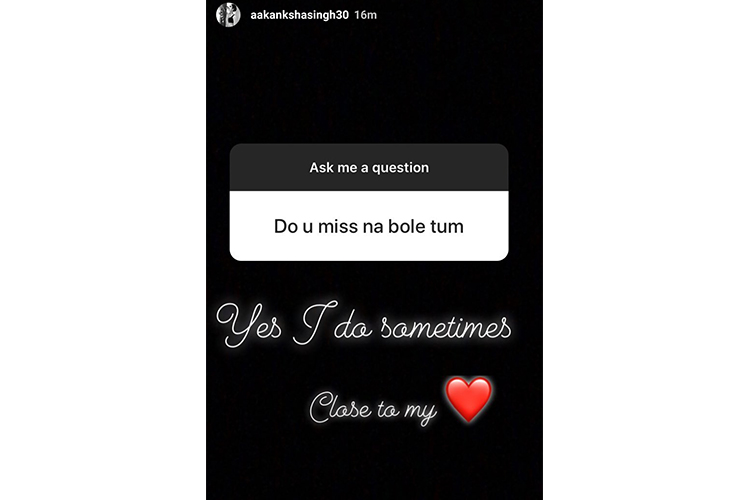 You guys miss the show too, isn't it?

2 years ago Hope to see you soon on the screen again Kunal Karan Kapoor ... love you always

2 years ago Kunal Karan Kapoor waiting eagerly for your come back with a big bang...stay blessed...keep shining and smiling..

2 years ago Kunal Karan Kapoor ur the best,loads of love

2 years ago Kunal Karan Kapoor as Krishna is awesome in the show Woh apna sa but would love to see him in a brand new show with a character like Mohan soon.

2 years ago Naa Bole Tum was my first and the best Hindi serial. Kunal Karan Kapoor, Aakanksha Singh, Dushyant Wagh and Nanhi made it a memorable one...

2 years ago NBT is unforgettable and will remain so. Ppl still crave for it.
But surprisingly, rather weird Colors TV is so aloof and distant from it as if it was the biggest sin/crime they committed by airing it!! :/ :/
This attitude towards their own show is odd, especially bcz till date Na Bole Tum... is Close to lots and lots of audiences who felt like nbt inspired them to come back to life. This arrogant attitude is an insult to audiences love for it.Not even a Rerun was ever let complete!!?
Worst attitude is towards NBT's main cast Kunal Karan Kapoor, Aakanksha, Dushyant n others. These all are volcano of acting talent but untouchables for tv makers and channels!? Why? Zee tv brought Kunal back, only to end up damaging his career!?
Why they organize Talent hunt? So that they can get sadistic pleasure of thwarting that talent later years? So sad. Jo hain unki kadar nahi, naye ko aur beizzat karna hai?

2 years ago Well NBT is one epic show and will be missed always, such show don't happen every now and then but wish to see Kunal Karan Kapoor in a hatke role like Mohan Bhatnagar very soon