Sony's long running thriller show Aahat, has been churning new innovative concepts every now and then. As part of their recent attempt, to capture more eyeballs, the channel and Fireworks Productions are working on a continuous story 'Maut Ka Khel', wherein 12 noted celebrities will be required to live in a 200 year old haunted house fighting against all the horror stricken odds. 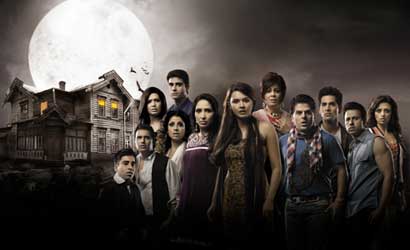 Talking about this new concept, Danish Khan, Marketing Head, Sony, commented, "Aahat has been a popular brand for 15 years now. In order to provide a bit of innovation, we have put in the device of having a continuous story, with 12 celebrities. The USP of this being the gripping, continuous story telling, and the manner in which we build on the suspense with every episode. We are look forward to increase our viewership, and are leaving no stone unturned in bringing to viewers a never felt before experience of Aahat. We are marketing aggressively for the story that opens on Sept. 20, on Monday."

Talking about the factors that went into the making of the story, Producer B.P.Singh says, "It was a real ordeal to convince actors to be part of this continuous story. Every artist we have roped in comes with a said reputation, and they wanted to know how long the role would go in this storyline. Convincing them was a tough task indeed. We have quite a big story to tell, so we had to extend from 8 episodes to 16 episodes. This further created problem, as we had to convince actors to give further dates."

On the story 'Maut Ka Khel', B.P.Singh said, "Interactions between the celebrities, when they get into the haunted house situation, bit of jealousy creeping in between them. The Aahat situation and the arrival of the spirit etc are the high points to visualize."

On the extensive outdoors shoot, Mr. B.P.Singh quips, "We have been shooting outdoors for this concept, as of now we have completed shoot in Satara. We will be going to shoot in Mahabaleshwar and Kolhapur."

Shahbaz Khan plays the big boss, who gathers together these 12 actors, to be a part of the reality show.

Catch the gripping new story with your favorite celebrities on Sony's Aahat, from tonight, Sept. 20.

11 years ago thankzz for bringin siddharth shukla in. love him soo much.thankz

12 years ago I hate Roshni Chopra.
She thinks she's so pretty but she's not and she overacts.
I wish she didnt win Desi Girl.

+ 5
12 years ago This is a copy of the 1999 Hollywood horror movie "The house on Haunted Hill" starring Geoffrey Rush, Famke Jansen etc.
A millionaire offers a group of diverse people $1,000,000 to spend the night in a haunted house with a horrifying past and one by one all of them suffer a horrifying fate!

12 years ago Aahat and CID are Sony's last good shows and they've been long running :'D
All the best to Aahat.

bollyboi_cows18 12 years ago i love twilight! i like the sandnigger one caues he looks indian and so black! AFRICA UNITE!

+ 2
12 years ago lol but seriously does aahat really scare people these days?

+ 3
12 years ago This concept totally reminds me of And then there were none by Agatha Christie...the hindi version of it was Gumnaam...I have a feeling this concept was 'inspired' from her novel :p