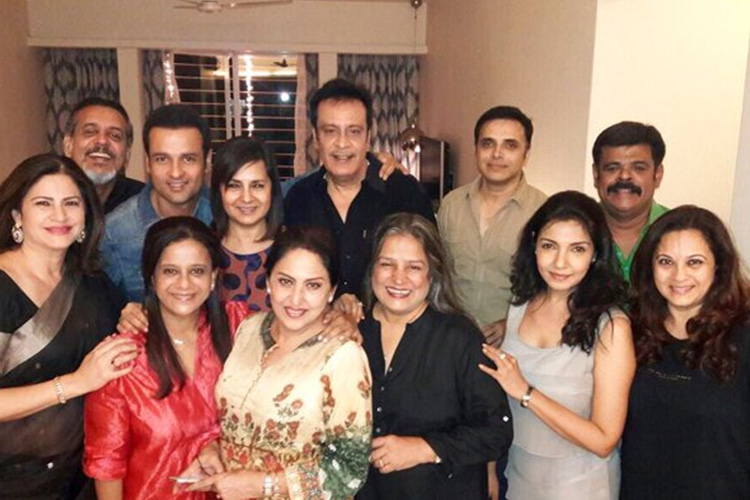 A reunion is always blissful. Recently, several shows had amazing reunions which included 'Parichay Nayee Zindagi Kay Sapno Ka' and 'Sasural Genda Phool'.
One show from the 90's which is still loved and remembered dearly is the mega show, 'Swabhimaan'. The show aired in 1995 and set several records during its run time. The show had one of the most prolific and mammoth ensemble cast of all time. Also, the show went on to become the first Indian TV show to complete 500 episodes.
Fast-forward to 2016, its almost twenty years since the show ended, it is always endearing to see the cast members having moments together. Nostalgia, memories and good times become the central topic.. The cast of the show recently had a reunion and it was an alluring sight to see majority of the cast members together which included Rohit Roy, Deepak Parashar, Kitu Gidwani, Harsh Chhaya and Kunickaa Sadanand among others..
Did you get nostalgic about the same? Leave in your comments below...

+ 5
4 years ago Nostalgic to see them all together, used to watch it back ...great show, amazing actors !!

+ 3
4 years ago I remember watching it on DD back then when I went to India for holidays. I enjoyed it.
So much time has passed!

4 years ago These were the real soaps back then, now we only have superficial stuff on TV!! Sad!! :(

4 years ago swabhiman, parichay & susral genda phool, all were really really good shows.
& there were also other good shows in 90s which i used to watch in my school days.
but now a days when we have so many channels, actors, producers, directors etc the quality & good script r lacking.
there r many shows now but very few r really nice to watch.
kuch rang pyar k & ek duje k vaaste r good shows but others r so stupid with supernatural creatures & usual saas bahu & vamp conspiracies.

+ 2
4 years ago I still remember watching it in my school days!!!

I had a huge crush on Rohit at that time!!!

It was much more modern than the shows of today!!!!

+ 3
4 years ago Nice to see the cast reunion. Guess it was the longest running show of old times just before cable TV and K serials took over TV. Gud ol' memories of childhood!

4 years ago I remember watching this show with my Mom when I was a kid :D and I must say that the shows that time were much much better than today's saas bahu and saajish kinda craps.

4 years ago This show was my first show which one I followed and was crazy for show.

4 years ago Yes sure . It would be nice if they retelecast the show .