Film-making is a tedious process and the task of casting is surely not a piece of cake. Now, we are no matchmakers per se, yet our BollyCurry scholars believe that a mainstream couple needs to be brilliant in three departments - chemistry, camaraderie and connect. Because not all real couples fulfill the said categories, we seek refuge in Bollywood romances. Attention, filmmakers! Here's our wishlist of reel couples that may set the curtains and box office ablaze in 2017.
Ranveer Singh and Alia Bhatt 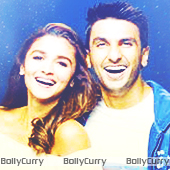 A human dynamo and a powerhouse of talent coming together on screen would guarantee sparks flying. We have had a dose of Singh and Bhatt's unprecedented acting prowess in Bajirao Mastani (2015) and Udta Punjab (2016) respectively, making them the indisputable superstars of their batch. After featuring in a series of advertisements for a popular travel portal, their chemistry has been the talk of the town. How about we tell you all our wishes may transpire into reality, very soon? Yes, Zoya Akhtar is allegedly casting the two in a rap-oriented flick. Excited, aren't we?
Kajol and Arjun Kapoor 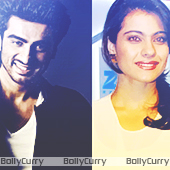 Two star-kids that belong to completely different generations - Kajol, who has managed to retain her vivacious self over time and Kapoor, who is slowly and passionately carving a niche for himself. Though their pairing may seem a little odd at first, we believe Kapoor's composure could live up to Kajol's effervescence. Not so recently, we saw Kapoor romancing Kareena Kapoor Khan in Ki And Ka (2016) and we most definitely wouldn't mind if he repeated history with the gorgeous Kajol!
Anushka Sharma and Sidharth Malhotra 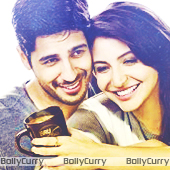 When two complete outsiders almost take the industry by storm, you know they're here to stay. While Sharma has been winning hearts (and awards) for her awe-inspiring performance in Ae Dil Hai Mushkil (2016), Malhotra was applauded for his stint in Kapoor And Sons (2016). Despite the difference in their initial debut years, they appeared together in a commercial for a coffee brand not so long ago. Malhotra has gone on record stating that he is keen on working with Sharma, amidst rumours of them signing the remake of  the Hollywood movie Priceless (2006). It has been two years since and we still have our eyes on these good looking people who we know will make an even better looking couple.
Saif Ali Khan and Parineeti Chopra 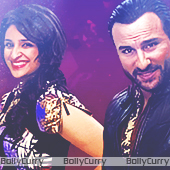 Last year, Chopra had openly expressed her ardent liking for Khan on a popular celebrity chat show and we're still holding on to that. Both these charming actors have a jaunty reputation in cinema, which is another reason why they'd be fit for a feel-good rom-com in the coming years. There were reports of them collaborating for a project, but due to their busy schedules, the film has been put on hold as of yet. Now that they're redefining sexy - Chopra with her physical transformation and Khan, with his graceful aging - we cannot wait to see them flashing their dimples at each other!
Nawazuddin Siddiqui and Kalki Koechlin 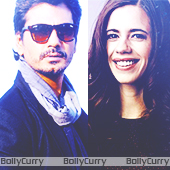 This is the only couple on our wishlist that we are equal parts eager and equal parts amused about. Since Siddiqui has been quoted multiple times stating he misses out on romantic roles because of his atypical looks, we thought, why not? Given how Siddiqui and Koechlin have pretty much ruled the field of experimental cinema for a while, their pairing would take unconventional to another level. A combination of their effortless artistry would be a treat to watch!
Romance is Bollywood's most tried-and-tested genre and shipping couples is fanatics' favorite hobby. We already have a lineup of fresh twosomes coming up - Shah Rukh Khan and Mahira Khan in Raees, Hrithik Roshan and Yami Gautam in Kaabil, Akshay Kumar and Huma Qureshi in Jolly LLB 2, and so on and so forth. This was BollyCurry's attempt at tickling our readers' fancies and we would love to know your views about the same. Comment below and let us know if we have missed any other reel pairings you would like to see this year.
Writer: Anushka J.
Editors: Sonia R. and Gunia M.
Graphics: Rifah K.
Have a suggestion or comment for BollyCurry? Drop us a PM at BC_Dropbox today!
0 Likes

Mannmohanaa 3 years ago This was so refreshing! Sid & Anushka will look super aww-dorable! Looking forward to all other pairings
Keep up the great work BCs!