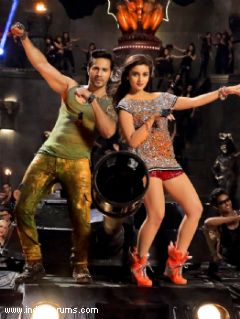 The official video of the song shows Alia Bhatt and Varun Dhawan in a futuristic avatar with both grooving to the beats choreographed by Ahmed Khan. The video has Alia bhatt showing off some funky shoes and Varun Dhawan flaunting his tattoo inspired by The Rock, Dwayne Johnson.

The song is close to touching a million views and has received great response online. Humpty Sharma Ki Dulhania has been directed by debutant Shashank Khaitan starring Alia Bhatt and Varun Dhawan. It is slated to release on 11th July, 2014 by Dharma Productions.