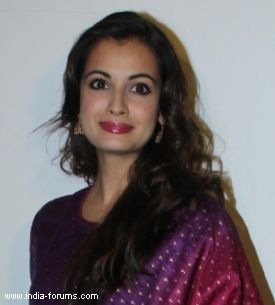 Actress-producer Dia Mirza, busy with her upcoming venture "Bobby Jasoos" in Hyderabad, has announced that 90 percent of the film has been shot.

"And it's a wrap in Hyderabad! 90 percent of 'Bobby Jasoos' is now complete," Dia posted on the microblogging site Tuesday.

Produced under the actress' banner Born Free Entertainment, "Bobby Jasoos" is being directed by Samar Shaikh and stars Vidya Balan in the lead. The film's shooting had a rocky start and was even postponed due to Dia's mother's ill health.