Following the success of past premieres, the new slate comprises of 9 exciting titles spanning 5 Indian languages including Hindi, Tamil, Telugu, Kannada and Malayalam such as: 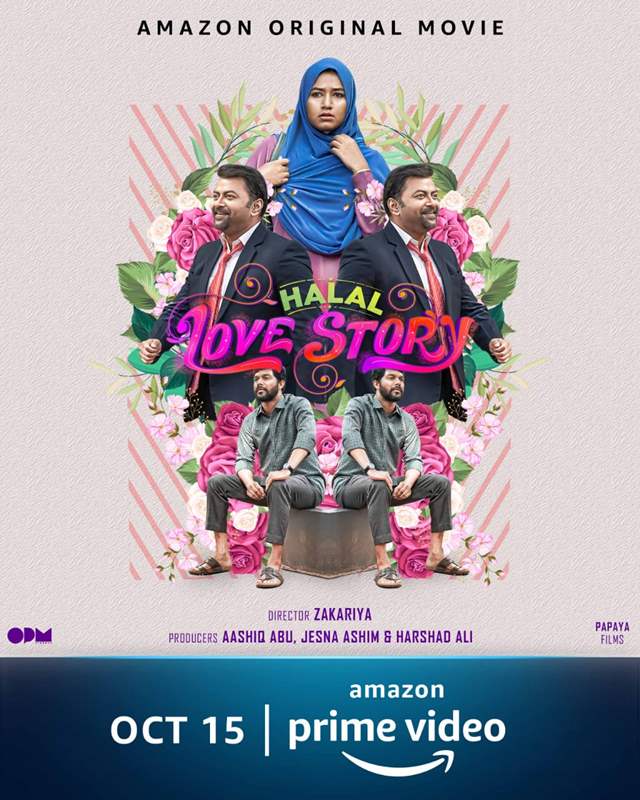 Bheemasena Nalamaharaja is an upcoming Indian Kannada language film directed by Karthik Saragur and produced by Pushkara Mallikarjunaiah, Rakshit Shetty, and Hemanth M. Rao.[1] It features Aravinnd Iyer and Arohi Narayan in the lead roles[2] along with Priyanka, Aadya, and Achyut Kumar.

This is the second collaboration of Karthik Saragur and Pushkara Mallikarjunaiah after Jeerjimbe. As per the director, the film is "based on six rasas -- sweet, sour, salty, bitter, pungent and astringent, and the six characters represents six rasas."

The soundtrack and score was composed by Charan Raj and the cinematography was handled by Ravindranath. The film was officially launched on Varamahalakshmi festival day on 4 August 2017. 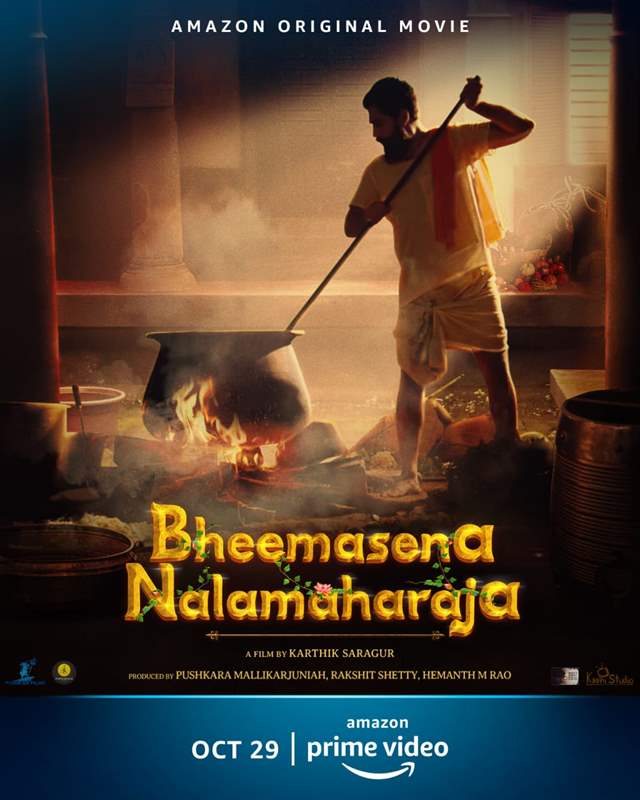 The story was conceptualized and written by Kongara, along with Shalini Ushadevi, Aalif Surti, Ganesha and Vijay Kumar, the latter penning the dialogues. The film features Suriya and Aparna Balamurali in the lead roles, and also features an ensemble cast which includes Mohan Babu, Paresh Rawal, Urvashi, Karunas amongst others in supporting roles. 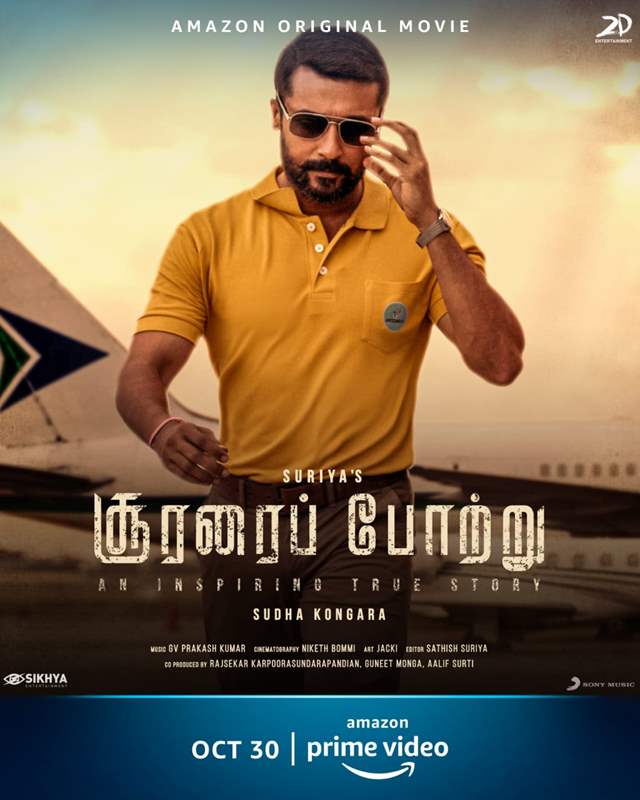 Chhalaang is an upcoming Indian Hindi-language social black comedy film directed by Hansal Mehta starring Rajkummar Rao and Nushrat Bharucha. It is produced by Ajay Devgn, Luv Ranjan, Ankur Garg and Bhushan Kumar. The plot is set in a small town of Uttar Pradesh. The film is set to release during Diwali 2020. 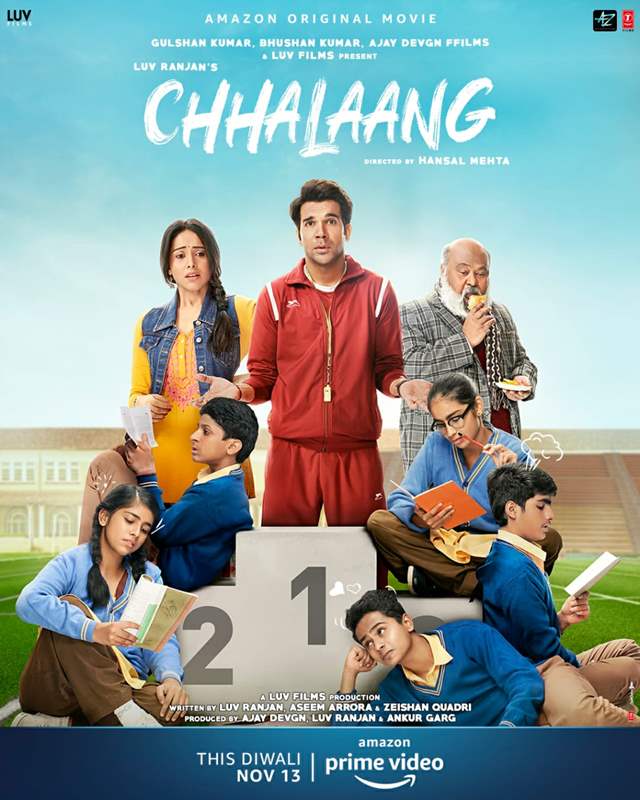 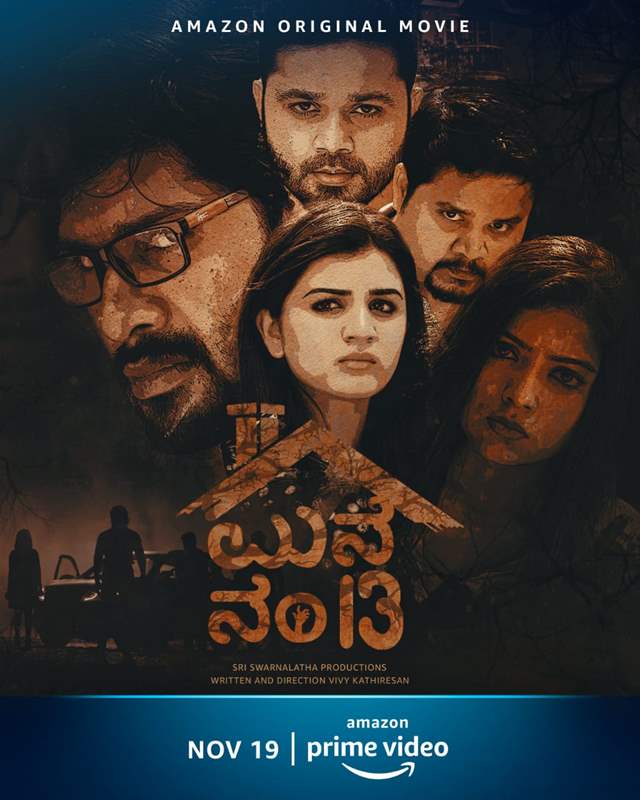 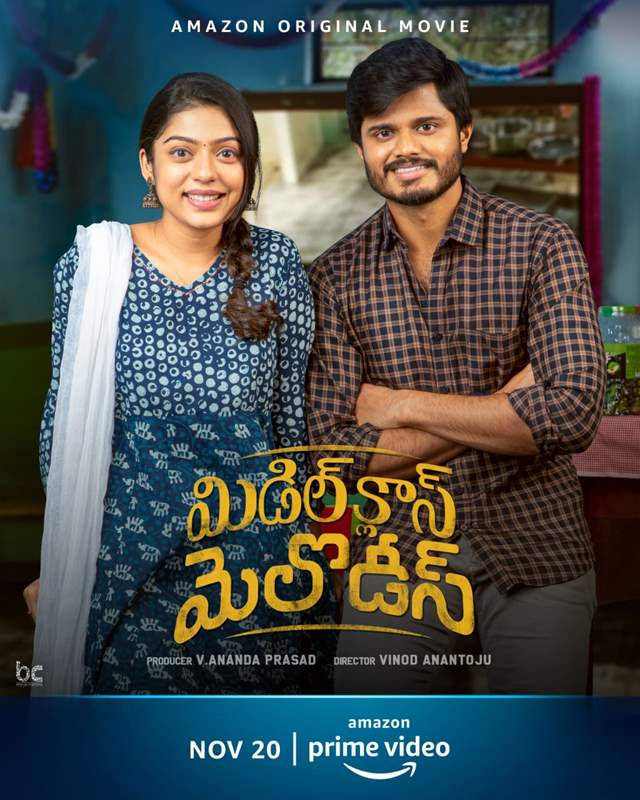 Durgavati is an upcoming Indian Hindi-language horror thriller film directed by G. Ashok, which is a remake of his own 2018 Telugu film Bhaagamathie and starring Bhumi Pednekar as an IAS officer, which was played by Anushka Shetty in the original version.

The film is produced by Bhushan Kumar, Akshay Kumar and Vikram Malhotra under T-Series, Cape of Good Films and Abundantia Entertainment. The official announcement for the film was made on 30 November 2019.

First shot was taken on 23 January 2020 in Madhya Pradesh and filming begun there on 30 January.[4] Due to the COVID-19 pandemic, the film will streaming worldwide on 11 December 2020 on Prime Video. 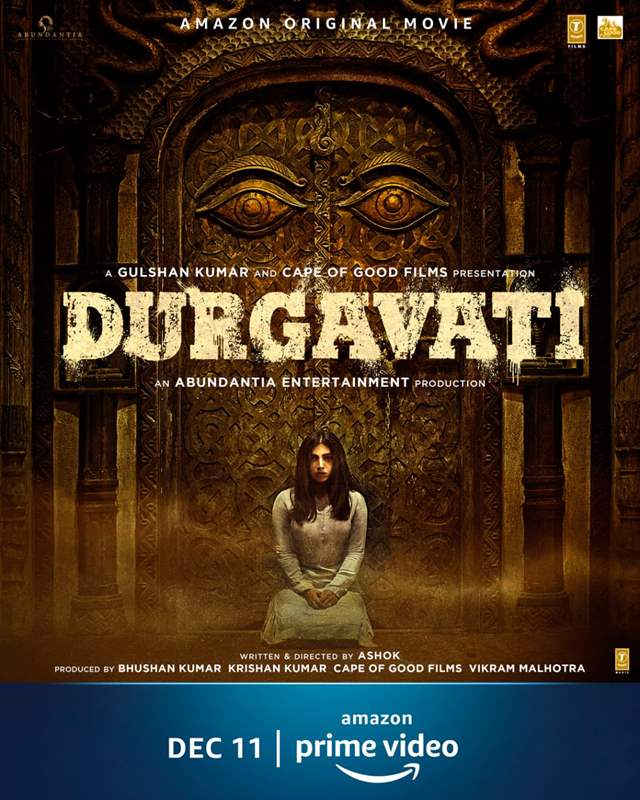 Maara is an upcoming Indian Tamil language romantic drama film directed by newcomer Dhilip Kumar, and produced by Prateek Chakravorty and Shruti Nallappa of Pramod Films. A remake of the Malayalam film Charlie (2015) by Martin Prakkat, the film stars R. Madhavan and Shraddha Srinath in the lead roles.

The film's music is composed by Ghibran, with cinematography and editing were handled by Dinesh Krishnan, Karthik Muthukumar and Bhuvan Srinivasan. The film is scheduled to release through Amazon Prime Video on 17 December 2020. 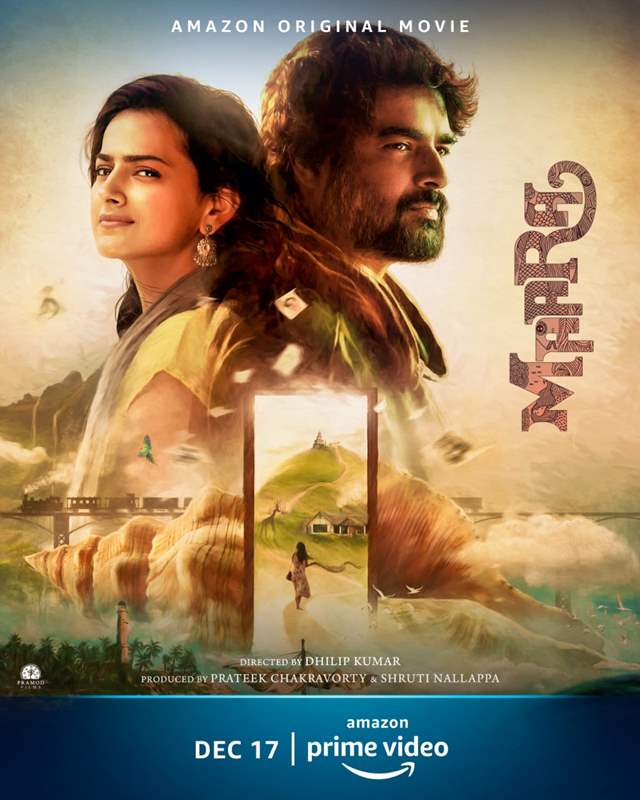 Coolie No. 1 is an upcoming 2020 Indian Hindi-language comedy film directed by David Dhawan and produced by Vashu Bhagnani. A remake of the 1995 film of the same name, the film stars Varun Dhawan and Sara Ali Khan, with Paresh Rawal in a supporting role.

Principal photography began on 8 August 2019 in Bangkok. The film was set to be theatrically released in India on 1 May 2020, but has been postponed due to the COVID-19 pandemic.

However the film is now set to release during Christmas on Amazon Prime Video. 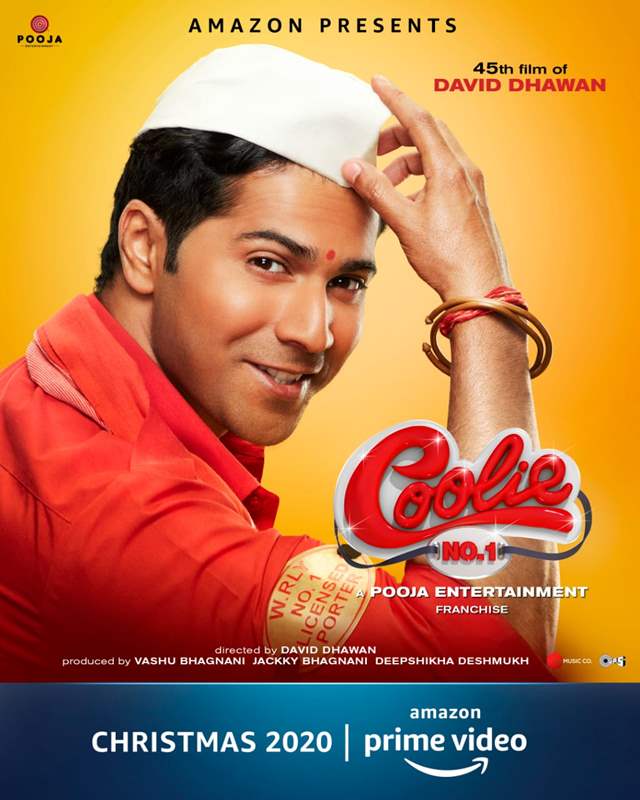 Nushrratt Bharucha Opens Up about the Difficulties she faced while ...