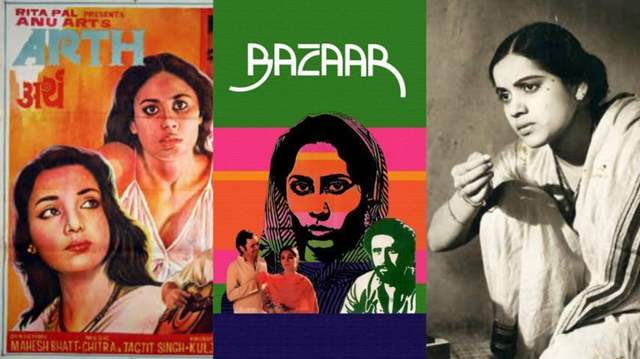 For decades, Hindi film has served as a mirror, reflecting the eras and situations that the country has faced. Women have gone a long way in our movies, from being ornamental objects, if not victims or martyrs, to be formidable forces.

The Hindi cinema actress' have progressed from abala naari to a woman of substance and power who fight for their rights, speak up against oppression, defend their pride and self, and rebel when necessary. But that isn't something that has lately altered. Here's taking you down the memory lane with films from the 1980s that were far ahead of their time. Every film on this list deserves its fair credit.

Extramarital affairs are not just built with westernization but were longing in society for a long time. Arth was the definitive declaration of women's rights back in 1982, inspired by Mahesh Bhatt's relationship with Parveen Babi. Shabana Azmi portrays the wife, while Kulbhushan Kharbanda and Smita Patil play lovers in this film about an adulterous romance. The scenes in which Shabana's character decides to move out and make a life struck out for its strong feminist tone. The conflict sequence between Shabana and Smita was balanced and spoke of women's freedom.

Even today, women and their desires are not considered valid. Back in 1988, this dark thriller starring Naseeruddin Shah, Hema Malini, and Vinod Khanna was surreal but timely. The drama was set in a Gujarati hamlet where women are yearning and desperate since their husbands have moved to cities in search of jobs. When Naseeruddin Shah arrives in the village, he immediately becomes the focus of all the women's attention. The story begins when two ladies get pregnant. The story's centrepiece was chauvinism and the disparity in ideals between men and women. It revealed a sensitive aspect to women's aspirations and social treatment.

"Feminism isn't about making women stronger. Women are already strong, it's about changing the way the world perceives that strength".

This V Shantaram film from 1937, maybe the oldest pro-feminist film, with a progressive theme. In Duniya Na Mane, a young girl is compelled to marry an elderly man. When a woman refuses to marry, she is committing a significant feminist act. She always fantasizes about breaking out of the marriage, but things become more problematic when her stepson begins to flirt with her. In the end, the elderly guy, realizing the foolishness of his deeds, relieves her of their relationship. 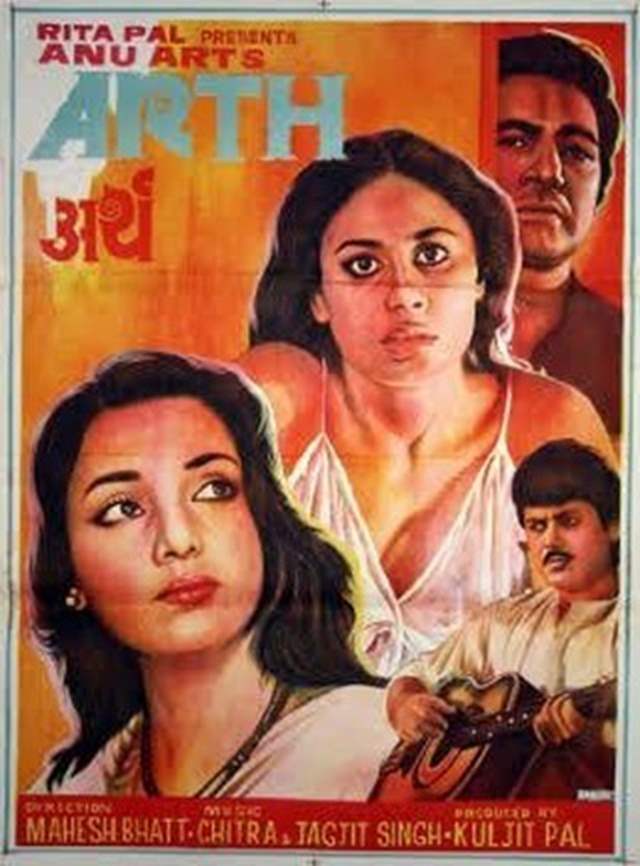 The hardships faced by women under the impact of poverty and religion were shown in this film by filmmaker Sagar Sarhadi. This film, which was shot in Hyderabad and starred Smita Patil, Naseeruddin Shah, Farooque Shaikh, and Supriya Pathak, was about purchasing brides. A wealthy Dubai businessman arrives and asks that Najma (Smita Patil) and her husband (Bharat Kapoor) find him a young wife. They have their sights set on Supriya Pathak, putting her naive love for Farooque Shaikh at risk. Also in the mix is Naseeruddin Shah's poet, who adores Najma. Again, this is a movie about women in medieval Indian society being treated as property rather than persons.

Mirch Masala is a film directed by Ketan Mehta about an average rural lady, Sonbai, portrayed by Smitha Patil, who decides to refuse a strong authority figure, the subedar, played by Naseeruddin Shah, in order to avoid his evil gaze. Deepti Naval plays the role of the Village Mukhiya's wife, who rebels against her husband's crimes against his will to educate their daughter. This is a very remarkable story of women's empowerment during those times. 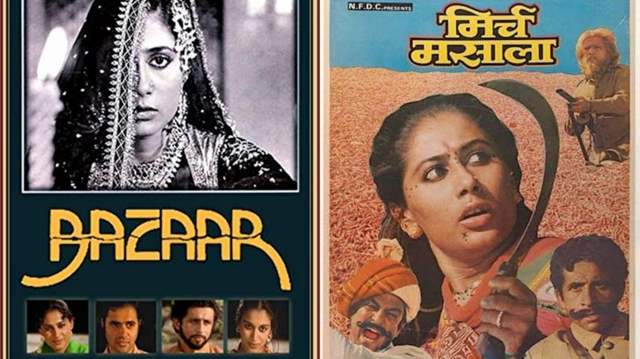 Today, films like 'Pink', 'Chhapaak', 'Thappad', 'Queen', 'Gangubai Kathiawadi'  are additions to the list where women are leading the pack and how!

This is the age of Alia Bhatt, Deepika Padukone, Kangana Ranaut, Taapsee Pannu, and Yami Gautam, who don't think twice before taking up a challenging role. This is the age where all kinds of movies are being made and women have special roles in each one of them.