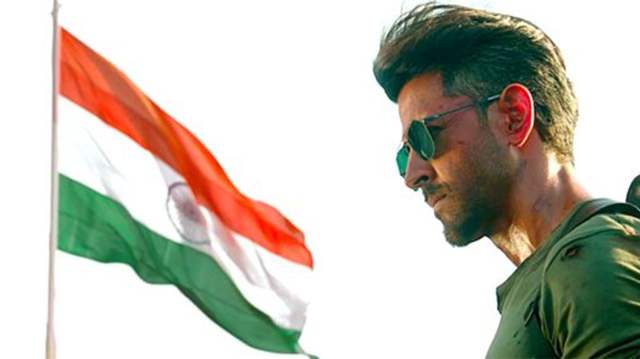 Every Indian is rejoicing with pride and valour today as we celebrate our 75th Independence Day. Be it the commoners or our B-Town celebs, every one of them celebratted this glorious day with a special touch to it.

While our social media feeds are filled with the tricolour unfurled at various places, our very own Greek God Hrithik Roshan was also seen celebrating this auspicious occasion.

While the superstar never leaves a chance to mark and celebrate every special day, this time he came up with a beautiful message to mark the 75th Independence day of India.

Be it his first look from his highly anticipated upcoming film 'Vikram Vedha' to be trending on social media with ‘Awaiting Roar of 'Vikram Vedha’, Hrithik Roshan has been making a constant buzz for his upcoming film among the audience who are eagerly waiting for its release.

On the work front, Hrithik will be seen in 'Vikram Vedha’ along with Saif Ali Khan and Radhika Apte. He will also be a part of the film Fighter. He will co-star with Deepika Padukone in the film and this would be their first collaboration together. The film will also feature Anil Kapoor in a pivotla role.