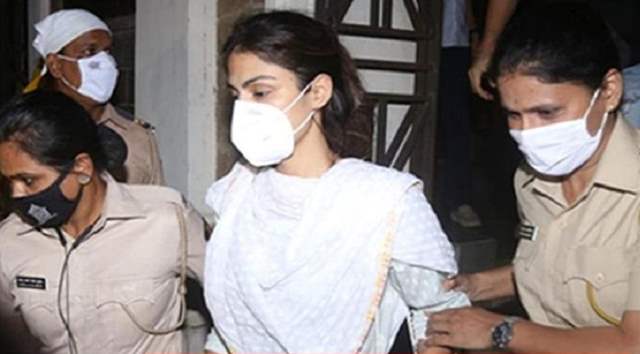 As per fresh reports coming in, the Narcotics Control Bureau (NCB) had posed 55 questions to Rhea Chakraborty during her three day thorough interrogation before finally arresting her and taking her under their judicial custody in the drugs-related case pertaining to the death of Bollywood actor Sushant Singh Rajput.

The NCB questionnaire, which the apex drug law enforcement agency had asked Rhea during her 3-day interrogation is now out in public. She was arrested by the NCB on September 8.

The long list of questions making rounds in the media contains questions related to drugs, finances, Europe trip with SSR, passwords of Sushant’s e-mail and social media accounts. Questions indicate that she was also interrogated on her alleged role in the sacking of some of the employees of the late 34-year-old actor.

She was also asked questions on SSR's manager Samuel Miranda, domestic help Dipesh Sawant, alleged drug peddlers Zaid Vilatra, Kaizan, Abdul Basit Parihar and some others.Rhea was also interrogated about her brother Showik Chakraborty, who is also in judicial custody in connection with the drug-related case pertaining to Sushant’s death.

She was asked to reply on who introduced Showik with SSR and why.As per your submission, if Sushant was taking drugs then why were you involved in arranging drugs for him, she was asked by the NCB.Sushant Singh Rajput was found hanging in his apartment in Bandra area of Mumbai on June 14.

Nakuul Mehta and his powerful narration: Times when he hit ...
12 minutes ago

Erica Fernandes shares a glimpse of music video with Harshad ...
56 minutes ago