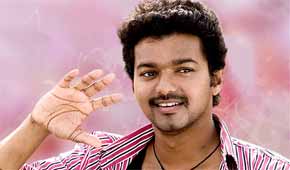 "We will begin working on the second schedule of the film from this month. A Mahim area set was recently completed by 500 carpenters under the supervision of art director Nagaraj," director A.L. Vijay said in a statement.

The set was recreated in Mumbai itself as the crew could not shoot at the real location. The film features Vijay, Amala Paul, Sathyaraj and Ponvannan, alongside 1,000 junior artists.

Produced by Chandraprakash Jain, it will mostly be shot in Spain. It has music by G.V. Prakash Kumar and cinematography by Nirav Shav.

Dia Mirza refutes Allegations of Drug Consumption and ...
32 minutes ago

Dia Mirza Used to Take Drugs from her Manager? NCB to Summon ...
35 minutes ago

Salman Khan's Official Statement about his Connection with ...
an hour ago

"This NEWS is FALSE, MALICIOUS & MISCHIEVOUS": Nikhil Slams ...
3 hours ago