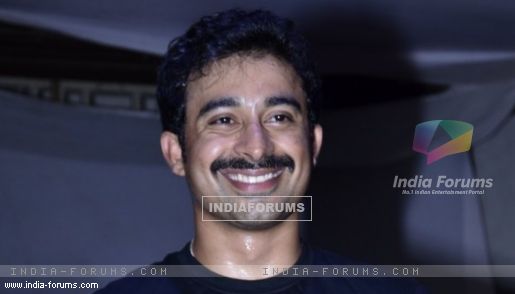 Most of the horror films use sex to gain mileage at the box office, but Rannvijay Singh defends his just released supernatural movie "3 am" saying that the film has not used raunchy scenes as a gimmick to gain popularity.

"It is not a sexual horror film but a simple love story that deals with paranormal angle. So don't expect a girl running around in a bikini in the middle of the night," Rannvijay told IANS over phone from Mumbai.

The film about a guy, who loses his love interest (played by Anindita Nayar), and sets out to explore the supernatural world to reconnect with her, has hit the screens Friday.

Rannvijay essays Sunny, who makes TV shows, and visits a haunted location with his friends in search of the supernatural elements. The genre was not new for the actor, who gained popularity as a host of reality show "MTV Roadies", as he did a show on similar lines called "MTV Girls Night Out".

So what's his connection with the supernatural stuff?

"Everyone wants to know about life after death and I am also intrigued by the same topic. Hence, I keep doing these type of things to find out more about the unknown," the actor said.

The actor has a strong belief in ghosts and spirits but does not have any real life experience to share.

"I do believe in ghost but have no proof. I know people who have undergone first hand encounter. In fact I have also felt eerie and cold at some places but it's not a valid poof," Rannvijay said.

He insists that the movie, directed by Vishal Mahadkar, will keep the audience on the edge of their seats.