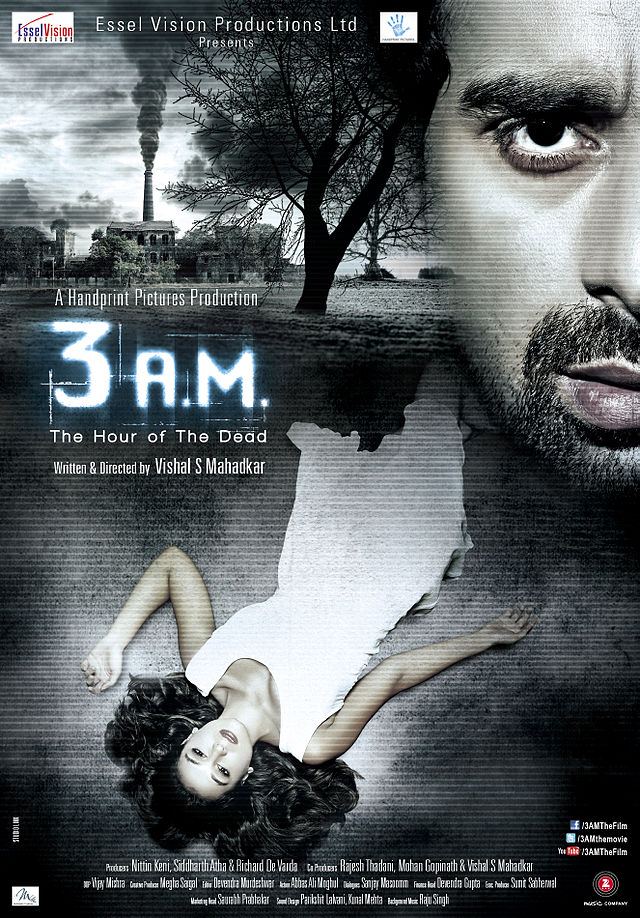 The bible says the time of 3am is when the beings of the afterlife are in full force and the most dangerous n haunting. Strangely Vishal Mahadkar's 3 am seemed to be the most hilarious time. Horror as a genre has been tried so many times in Bollywood but has not made much good out of it. Well it's probably because of the poor story, below average performance, forced in songs or may be all of it.

In philosophy, religion, mythology, and fiction, the afterlife (also referred to as life after death) is the concept of a realm in which an essential part of an individual's consciousness continues to exist after the death of the body in the individual's lifetime. This is what the movie revolves around.

Our dashing roadie Rannvijay Singh, who plays the main protagonist, Sunny, in the film, is better off as a roadie. His performance is far from convincing and tends to overact in most of the scenes. There is no fear in his expressions neither does romance do the trick for him.

Anindita Naiyar plays Rannvijay's fianc, Serah in the film. Below average performance, and fails to impress. Had her role been chopped off the film would find an interesting plot.

Poor story line, clumsy editing, forced songs and romance, miserably falters the fate of the movie. As a whole, 3am fails to impress or even scare the audience. This weekend brings to you a plethora of films not to choose from. But in case you have no other plans, do watch out for 3am, because you will have a laughter riot for sue.