Yes. It almost seems as opportune as ever that looking forward to films and TV shows coming on respective streamers is literally the most important thing. For the past few days, we have constantly been curating lists of shows and films you can look forward to binging while you are locked down in your houses.

While all of those shows are either reruns or content from the past, we now have an array of fresh and new content to make note of also in the coming month of April. Here is a list of shows and films you can have your plans sorted by-

Rahul Dev becomes the leading face here after having impressive stints The Test Case and other shows in recent past where he plays a 'colorful' man in his wee years and a son who meets him on his quest to know his real mother. The show seems kind of like Yeh Hai Jalwa meets Jawani Janeman. It will be available both on Alt Balaji and Zee 5.

Having reported about this film earlier, it stars Urvashi Rautela in the leading role and makers claim that unlike the name, it is a family comedy exploring the relationship between youngsters and their families.

The film that was released only a couple of months ago arrives on Zee 5 and it marks the Bollywood debut of TV favorite Hina Khan. The stalker-thriller from Vikram Bhatt should fit well with the fans of the director and the genre. 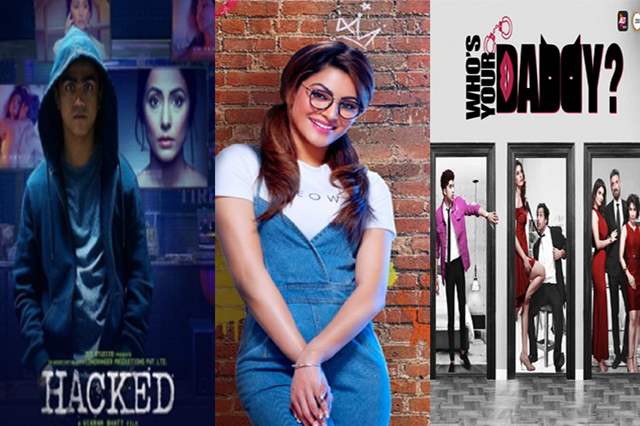 A Beautiful Day In The Neighbourhood

Just as we mildly celebrate the fact that actor Tom Hanks and wife Rita Wilson are much better after suffering from coronavirus, it is a beautiful, feel-good and positive film starring Hanks in the leading role that we need, right? Playing American National treasure and children’s entertainer Mr. Rogers, the film explores his relationship with a cynical journalist.

You were missing the show, weren't you? The pacy spy thriller from Phoebe Waller-Bridge starring Sandra Oh and Jodie Comer in lead roles makes a return with the third season. 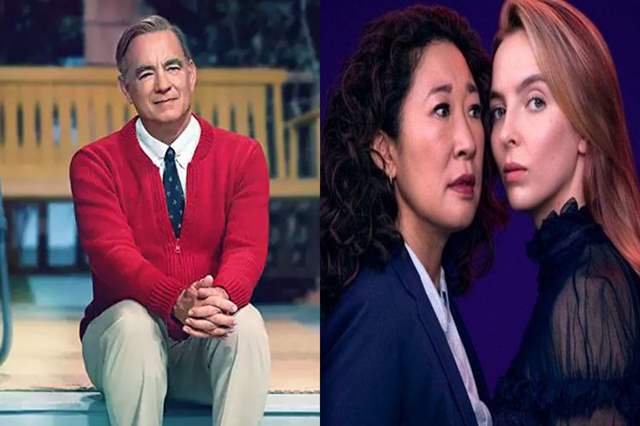 Chris Evans and Michelle Dockery star together in this limited series. Need more of a reason? The show witnesses the saga of how a young boy is accused of murder. But did he do it? And how far will the parents go to defend their son? The show is based on the 2012 New York Times best-selling novel of the same name. 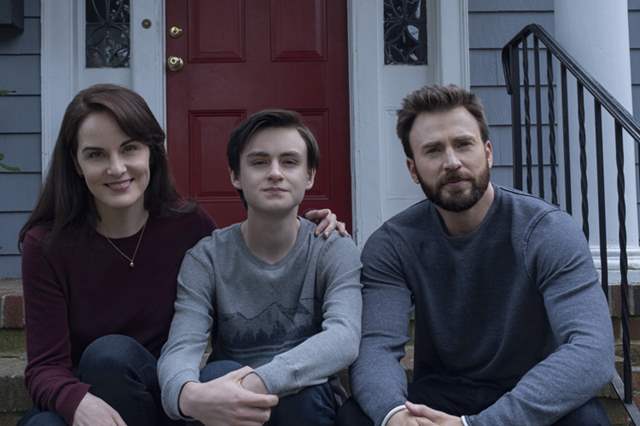 The latest streamer on the block, after Asur and Marzi, it will have The Raikar Case that stars an alluring cast led by Neil Bhoopalam, Atul Kulkarni, Parul Gulati, and Manawa Naik among others. The thriller is said to be based on a turbulent family on the verge of being torn apart owing to shocking truths coming to light.

Another show with a good cast that includes Kubra Sait, Akshay Oberoi, and Neha Sharma among others, the show as the name suggests will be a legal drama that whether all lawyers are merely mercenaries who give in to greed, ambition, and power. 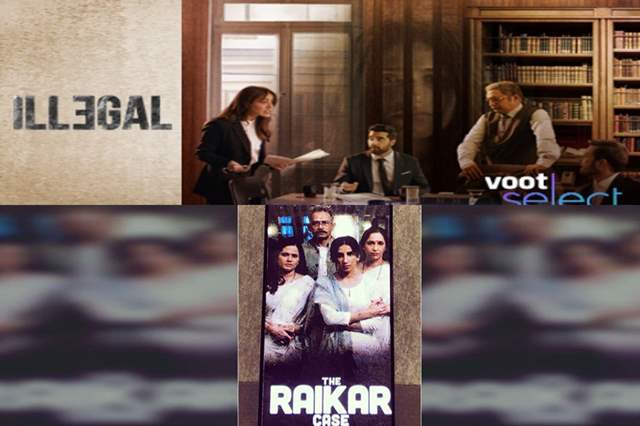 Remember we talked about this? In case you don't, the film stars Hugh Jackman and Ray Romano in the lead where it tells about the story of a district head who’s on the verge of the shining political career until an embezzlement scheme surfaces that threatens to destroy everything he’s built.

Cate Blanchett just seems unstoppable. Leading the series with Rose Bryne and Sarah Paulson, the show is about the war for gender equality in the 70s and how that changed the political landscape.

What We Do In The Shadows Season 2

The first season of this show was outright hilarious and a major reason for that was the mockumentary format. The show now returns for a second season and we cannot wait. 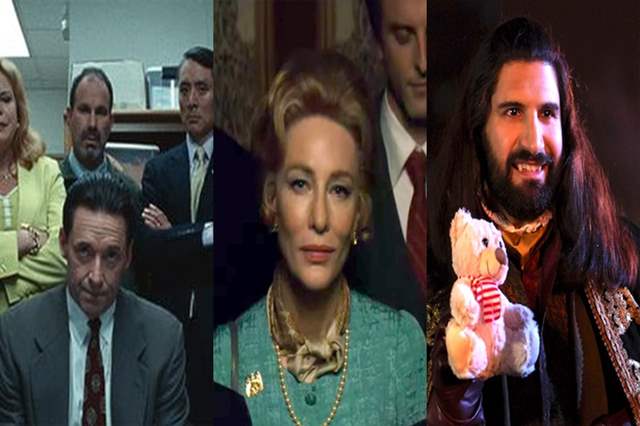 The Vidhu Vinod Chopra directorial return couldn't find many takers in cinema houses but was received well by the critics. So, now is a chance to not miss the film as it arrives on Amazon Prime Video in the next couple of days.

It is not often we include a Malayalam film in our list but when a master actor like Fahadh Faasil stars in the leading role in a film called Trance, we had to. The film is about a motivational speaker who moves to Mumbai for better opportunities until things start to take an ugly turn.

TVF is back with another show and after immensely disappointing with Hostel Daze a while ago, this Jitendra Kumar led series looks promising and something TVF is usually known for. Rooted in the village life, Kumar is aided by other stalwart actors like Neena Gupta and Raghubir Yadav.

The rather surprising hit from last year is finally and officially back with a new season and this time the group of four friends hit the road traveling to Istanbul with more twists, turns and shocks awaited. 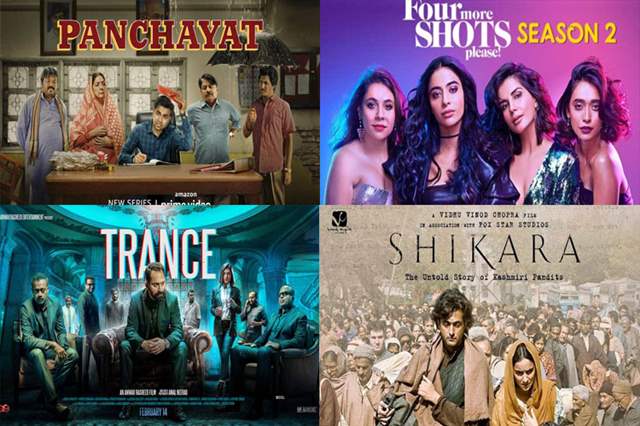 There are more reasons to be excited about this Chris Hemsworth action saga as apart from having a promising premise, the film as we know was extensively shot in India and also stars Randeep Hooda and Manoj Bajpayee in pivotal roles.

Never Have I Ever

From creator, Mindy Kaling arrives another interesting story to look forward to as this one stars the adventures of modern-day first-generation Indian-American teenage girl that is said to be based on Kaling's own childhood.

After having multiple comedy specials on Amazon, Gill will now be having his own special on Netflix and will see him measuring his adult life against the initial goals he set.

The Ricky Gervais black dramedy returns for a new season and will continue the adventures of a foul-mouthed journalist reeling from the loss of his wife returning with more laughs, life lessons, and savage one-liners.

You thought there are too many ishes from creator Kenya Barris? (Black-ish, Grown-ish, Mixed-Ish). Well, this time Barris not only creates this new show but also stars in the lead role and is said to be inspired by his real life.

Vir Das is back on Netflix. Only this time in a fictional world. Das plays the lead role in this series co-starring Ranvir Shorey and Manoj Pahwa as a stand-up comedian who is also a serial killer.

Saving the biggest for the last. One of the most popular non-English series for the streamer comes back with a season with new thrills. As the loved but hated Professor's plan begins to unravel, he thieves must fend off enemies from both inside and outside the Bank of Spain. 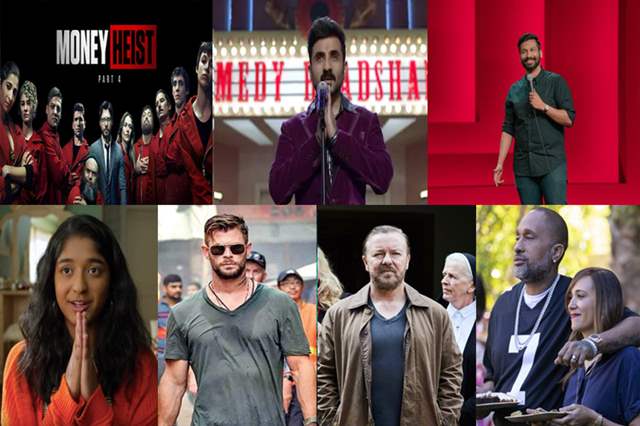 Which show or film are you looking forward to the most? Leave in your comments below.