Away from the arc lights, greasepaint and comfort, a slew of popular faces from Indian cinema such as Hema Malini, Moon Moon Sen and Chiranjeevi barnstormed either as contestants or campaigners for the national election, adding glamour and spicing up the 10-phased poll that concluded Monday.

In India's financial and entertainment capital Mumbai, more than two dozen Hindi and Marathi celebrities came out to add a dash of glamour.

For instance, Rakhi Sawant, who contested from Mumbai North-West on the ticket of her Rashtriya Aam Party, attracted more attention for her colourful designer attire than her political issues, while filmmaker-actor Mahesh Manjrekar of the Maharashtra Navnirman Sena for the same seat attracted a fair crowd, setting off alarms in other parties.

Punjab's capital Chandigarh witnessed a charged and glamourised contest between two actresses - Kirron Kher, the quintessential 'Mummyji' of several Bollywood films, as the BJP candidate, and her AAP challenger, the much younger Gul Panag.

Both seem to be a formidable challenge - and a possible threat - to the four-time Chandigarh MP Pawan Kumar Bansal, the incumbent.

Vinod Khanna contested the Gurdaspur Lok Sabha seat in Punjab for the fourth time. His campaign saw his actor son Akshaye and other stars joining in.

A three-time MP, Khanna lost to Pratap Singh Bajwa of the Congress in the 2009 elections. However, Bajwa, now the Punjab Congress president, faces a tough challenge from him.

In Sangrur, actor-comedian Bhagwant Mann (AAP) provided a worthy challenge to the Congress and Akali Dal candidates, while actor Sunny Deol too held a road show in the constituency.

The glamour quotient was no less in West Bengal.

Then, there was CPI-M nominated Subhashini Ali, who designed the costumes for the 1981 classic "Umrao Jaan", besides dabbling in acting in "Asoka" and critically acclaimed "Amu".

National Award winning actor Mithun Chakraborty emerged as one of the star campaigners of the Trinamool, while Nagma and Padmini Kohlapure campaigned for the Congress.

Shatrughan Sinha addressed a meeting in support of the BJP.

Down south, in Tamil Nadu, where five of the state's chief ministers - C.N. Annadurai, M. Karunanidhi, M.G. Ramachandran, Janaki Ramachandran and J. Jayalalitha - had their roots in filmdom, several other actors showed an interest in politics.

The leader of opposition and DMDK founder A. Vijayakant was a leading action hero.

This time the two major parties - AIADMK and DMK - had fielded several movie stars as their star campaigners.

The AIADMK had on its side R. Ramarajan, Vennira Aadai Nirmala, S. Anantharaaj, Senthil, Gundu Kalyanam, Vindhya, Kuyili and others, while the most popular amongst DMK's star campaigners were Kushboo and Vagai Chandrasekhar.

Speaking to IANS, AIADMK's Anantharaaj said: "I was able to meet lots of people. I addressed around 50 meetings a day. Nice experience."

Fair complexioned Anantharaaj, 49, is now sun-tanned due to 40 days of electioneering.

"My focus was to highlight the achievements of the AIADMK government and our leader," said the actor who has done about 300 movies.

From the Kannada film industry, leading actress and outgoing Congress lawmaker Ramya re-contested from the Mandya Lok Sabha constituency, about 100 km from Bangalore. She is among the 21 women who contested in the April 17 general elections from across the state, which has 28 Lok Sabha seats.

She brought in star power in the form of Kannada actors Upendra, Ganesh, Bhavana and Umashree as her campaigners.

Besides Shivrajkumar, his brothers Raghavendra and Puneet Rajkumar and Kannada superstar Sudeep campaigned for Geetha.

Kerala wasn't far behind. The biggest surprise came when the CPI-M led left opposition decided to field ace comedian Innocent from the Chalakudy constituency in Thrissur district, his home town.

Innocent, 69, president of the Association of Malayalam Movie Artistes (AMMA), turned out to be a crowd puller. The icing on the cake was that he roped in big names like Mammootty for campaigning. 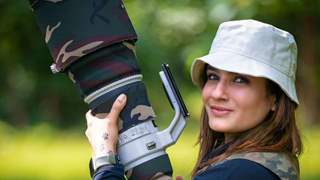 Raveena Tandon has a Tiger cub named after her at the Kanpur Zoo, ... 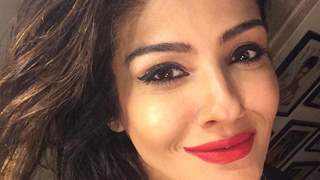