Today is 31 of December and I know that you are all aware that it's 31 December. But that's not the point. We here at Tellybuzz did a brainstorming session on what to give our readers on New Year. We thought about the most cliched ones like New Year Wishes and New Year Resolutions. But then we thought why to give readers something that has already been used..

Tellybuzz has already presented you 'Yeh Dill Maange More' wherein we included the shows that our dear viewers crave to see again. And also we gave a tour to the tours that our telly stars are heading to for New Year. We also got to you a list of shows that you  can look forward to in the year 2011.

And now we thought that it is time to show some masaaledar and chatpati news and news makers of the industry in 2010.

I am sure that you guys will enjoy the read as much as we enjoyed hunting for them.

So here comes the spicy news and news makers of the year 2010. 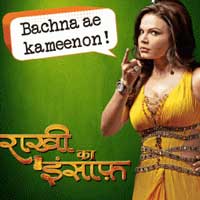 The name 'Rakhi' in itself creates controversy, so why to ask about the show. Rakhi was all set to provide justice to all the seekers who came to her through that show Raakhi Ka Insaaf but she herself couldn't find justice to the controversies that she brought along with her. The show had gone to an extent, which apparently led a participant to commit suicide due to depression after he was abused and excruciated emotionally in public through the show. The show claimed to bring justice to the troubled souls but led themselves into trouble with the most foul language that Rakhi used to converse with the participants. 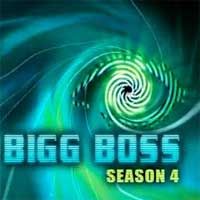 Bigg Boss!!! The name itself suggests that the show has really something big in it with the double 'g'. And it indeed has not just one big thing but really big controversies related to that. With the declaration of names of Pakistani contestants, the show already succeeded in hitting the headlines of all the newspapers and channels and other media publications. Well, that's what we call the news making show!!! Shiv Sena who was silent till then voiced their strong protest against the inclusion of Pakistani actors and really banged the show asking to ban the channel at that time slot. Good beginning Bigg Boss. Thanks to all the participants, the great activities that took place in the show made the I&B Ministry to declare it as an adult show and push their slot to 11 in the night. However, then came the twist with the channel getting a stay in terms of time slot. Veena Malik became the most sexy massage queen and her relation with Ashmit spread out hot waves in the media. And the heat got wilder with the entry of Pamela Anderson followed by the Dhak Dhak she did in the show. Do not worry Dolly Bindra is not forgotten. Dolly Bindra triggered fight where we saw the contestants conversing in beeps!!! New mode of communication, we must say. How can we forget the grand wedding that took place inside the house that created a festive mood but a sensation and a blaze in the media?  The news about Ai and Sara's already happened wedding three years back was breaking in every channel. And their marriage is on the verge of breakup after Sara got eliminated followed by the friction in their relation. Wow Bigg Boss, you are really the biggest boss in making news as well as news makers!!!

These two shows have created history in the television industry that made the Information and Broadcast Ministry interfere in the programming of the channel. The Ministry till then mute regarding the shows raised their legal power to voice on their shows.  The ministry was so charged up that the shows were declared as adult shows and were asked to telecast after 11 pm. But as we all know, our legal system is so fast that the order was stayed by Colors while Imagine prefered to adhere to it. 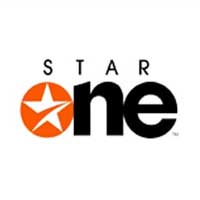 'Star One shows to air on Saturdays too' was a great news for the viewers, as they will get to see their favorite shows and stars for an extra day. But what about the production house and the channel and most of all the actors? When we raised this query to some of them, we got mixed responses from them. (Stars' take on Star One's six day development..). 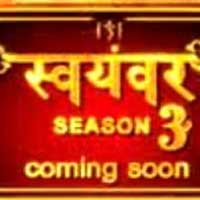 All the seasons of Swayamwar  has brought along with it a whole lot of controversies. In the first season, Rakhi herself brought along the media with her and the second season also hit the headlines when people came to know that Rahil Mahajan was going to be there. Season three brought in a new name, Ratan Rajput, who is a non controversial person till date. But how can anyone associated with Swayamvar stay out of sensational news? Ratan also was finally dragged into news after her Zee TV show getting an extension came out... 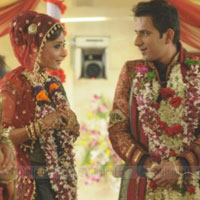 Ali Merchant and Sara Khan owe it to the media!! Reason - They have been in the headlines for whatever they have done this year, whether it be when Sara Khan opted out of the popular show Bidaai to show her true self to viewers in way of Bigg Boss or for the reasons that came later. Well, this was just the beginning, as her closeness with Ashmit Patel inside the house caught all smoke and fire. Whatever the real reason maybe for the entry of her boy friend into the house, the pair yet again was talked  about in the media. And what to say about the big fat wedding of theirs that took place in the house? Or the breaking and sensational news that was carried out when the two parted ways... The year certainly belonged to Sara and Ali, as there has not been another actor who has managed to create as many ripples as these two have!!


Well, amidst all these hot news there has been other news makers who created a sensation in the industry. 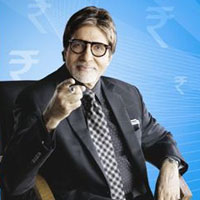 Amitabh Bachchan returned to television yet again, with Kaun Banega Crorepati  on Sony TV and how!! The show became a overnight hit and gave the channel a great impetus when it came to GRPs.The show not only opened to great numbers on Sony Entertainment Television, but also ended on a very good note, so much so that the channel has immediate plans to bring in a new season.. The host, the evergreen actor Big B hosted the show splendidly well  and has definitely become the 'Icon' when it comes to the show titled 'KBC'... With the likes of Salman Khan and Akshay Kumar giving cut-throat competition,Big B proved to all that he is a force to reckon with, at this age too. There is not beating him, isn't it? 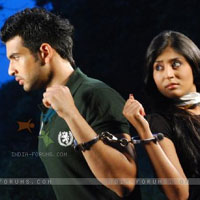 The viewers and loyal fans of Kitani Mohobbat Hai also fall in to the achievers' category this year, as their preseverence and loyal love got back their favorite show yet again on television. Yes, we are talking about the comeback of Kitani Mohabbat Hai on Imagine, and the way the channel and production house were forced to adhere to the requests of fans. With this, the very popular Jodi of Karan Kundra and Kritika Kamra got back to the show in the loved avatar of Arjun and Arohi.. This really proves that the viewers' demand is something that just cannot be ignored... 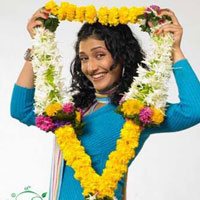 A feel good show like Sasural Genda Phool doing well on Star Plus has certainly paved a way for other channels and production houses to think about coming up with something that is out-of-the box. Ravi Ojha Productions' Sasural Genda Phool is a typical example of multi-tracking shows doing well on television!!. A complete family entertainer with a very good ensemble cast, the show has already made a mark for itself at the early evening slot. The succes of this show has changed the meaning of prime time on television, and this is a big achievement considering the cut-throat competition that prevails amongst GEC's today..


Well, these are just a few News Makers of the year gone by i.e. 2010. And now it's time to get into the New Year, and watch precisely to see who makes it to the headlines first..