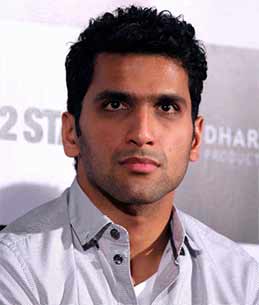 Abhishek Varman's debut directorial "2 States" managed to collect Rs.38.06 crore in its opening weekend. The audience is loving it for its slice-of-life portrayal of two lovers from different states of the country.

The movie, distributed worldwide by UTV Motion Pictures, released in nearly 2,400 screens worldwide. In India, "2 States" released in over 2,000 screens and internationally, it released in close to 350 screens in 30 countries.

Starring Alia Bhatt and Arjun Kapoor as the couple in love, with Ronit Roy, Amrita Singh and Revathy in supporting roles, the movie was not just marketed aggressively, but is also getting good footfalls in theatres due to positive word-of-mouth.

Co-produced by Karan Johar and Sajid Nadiadwala, the film tells the story of a couple belonging to two different states. It is based on Chetan Bhagat's bestseller "2 States: The Story Of My Marriage", and also shows the coming together of two families from distinct cultural backgrounds.

It appears to be doing well in international circuits too.