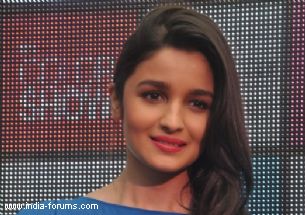 Alia Bhatt is busy promoting "Highway" these days, but she is equally upbeat about her other film "2 States". The actress loves the Chetan Bhagat book that the movie is based on.

"I had read '2 States' even before the book was getting made into a film...It's a beautiful book," Alia said.

"2 States: The Story of My Marriage", which hit the stands in 2009, is the story of a Punjabi guy and Tamil girl.

"I am playing a Tamilian girl. I learnt Tamil for the film. It was not easy talking in Tamil even though she only speaks the south Indian language with her father and mother in the film," said the "Student of the Year" actress.