The final month of the dreadful 2020 has finally begun and while the pandemic continues, the hopes of having a better 2021 are still on. What better way to enter next year than to be bidding this year off with more new movies and shows, right? So, here are the noteworthy shows/films you can watch on leading platforms-

Actors Naveen Kasturia and Adah Sharma in this quirky comedy about a small-time broker who finally gets freshness in his boring life upon meeting a lady called Shivani Bhatnagar. Of course, not all is that simple. 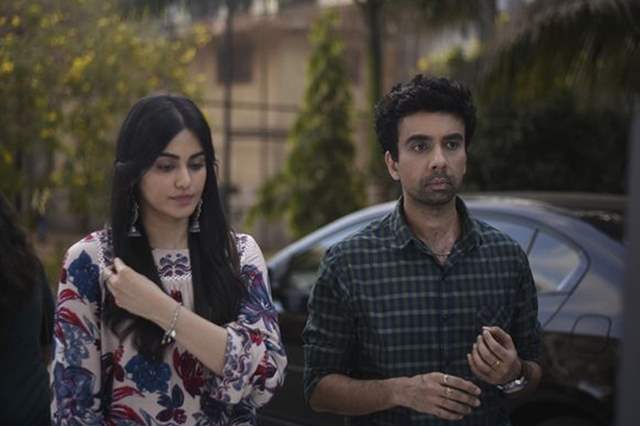 Three best friends go on a spree to plan the perfect murder of their abusive husbands but this plan only witnesses a hurdle when a police officer suddenly becomes increasingly suspicious.

It seems all good scripts just land up to Sharad Kelkar. On a roll, the actor will star in this sweet story about the friendship between a master and his caretaker. This film is said to be based on a story by Rabindranath Tagore. 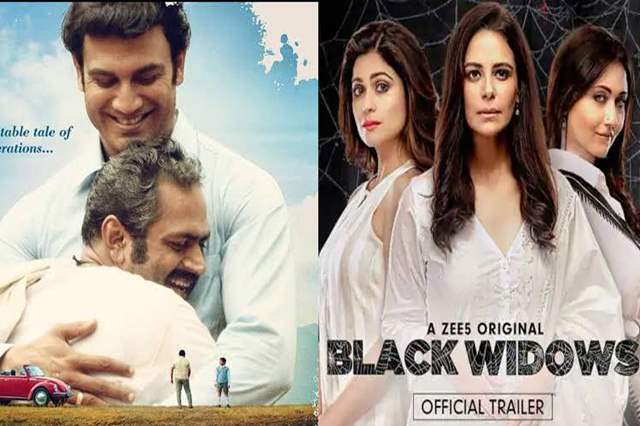 Who's Your Daddy Season 2

Some surprise hits are indeed more surprising then one can imagine and Who's Your Daddy is certainly one of them. The comedy starring Rahul Dev, Harsh Beniwal and Nikhil Bhambri returns with a new storyline and new characters.

In the talks for a rather long time now,  this ambitious period drama has an alluring ensemble cast which include the likes of Annu Kapoor, Milind Soman, Shilpa Shinde, Shaheer Sheikh, Flora Saini, Sahil Salathia, Poulomi Das and Anant Joshi among others. 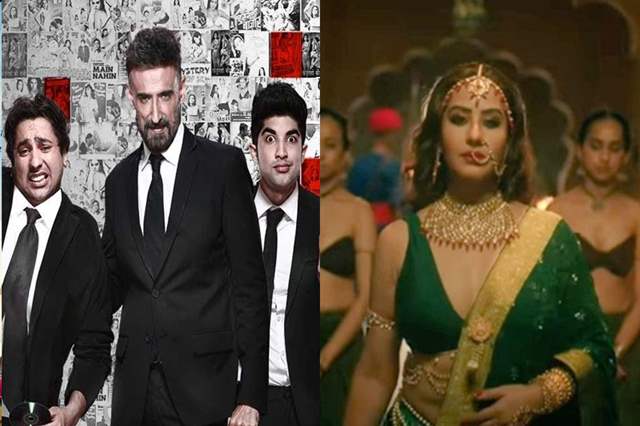 The fact that probably one of the most loved and powerful former Presidents is sitting across for a chat with another extremely powerful person, that's enough in itself. Barrack Obama talks with Oprah Winfrey. 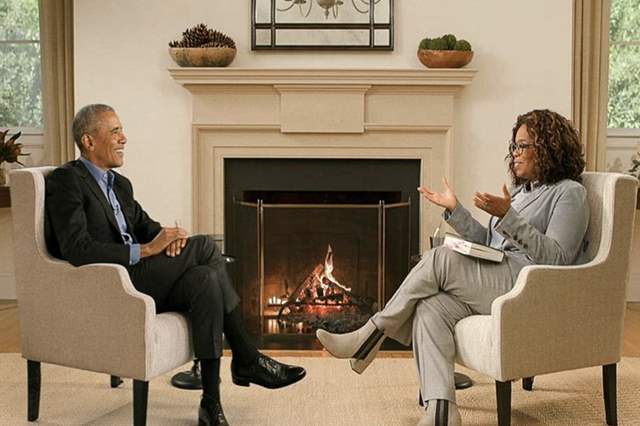 Voot does love the title 'Your Honor' as after Jimmy Shergill's Indian drama, it now has an American drama of the same name coming in.

I was sold at Breaking Bad star Bryan Cranston making his TV return in this show which is the adaptation of  Israeli TV series Kvodo. (Yes, Shergill's Your Honor was also the same concept).

When a respected New Orleans judge’s teenaged son Adam (Hunter Doohan) is involved in a hit-and-run, it leads to a high-stakes game of lies, deceit and impossible choices. 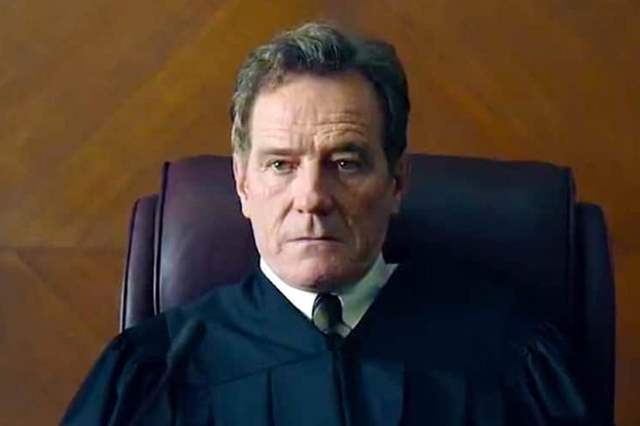 Still riding high on the sucess of Scam 1992: The Harshad Mehta Story, Sony LIV has another intersting shw coming in where Shrikant Bashir is about two  officers, poles apart but with a common goal. 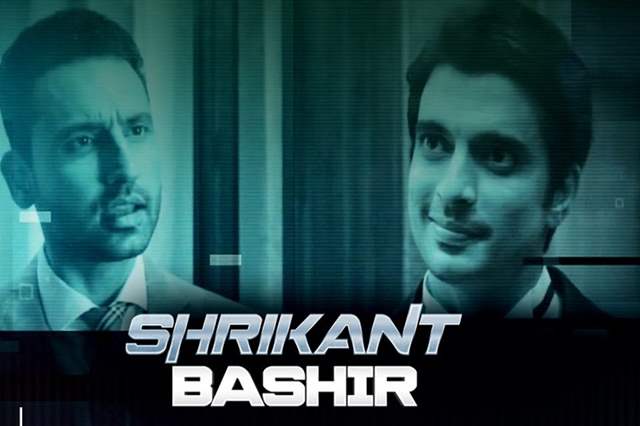 After all the delay and long talks, the mega ambitious project Mulan is finally arriving on Disney+ Hotstar. acclaimed filmmaker Niki Caro brings the epic tale of China’s legendary warrior who risks everything out of love for her family and her country to become one of the greatest warriors China has ever known.

'This Is Not Season 2' It is made clear but it is a Christmas Special episode called Part 1: Rue of one of the most acclaimed shows of 2019 - Euphoria. The HBO drama recently landed Zendaya her first Emmy Award for leading actress in Drama Series. 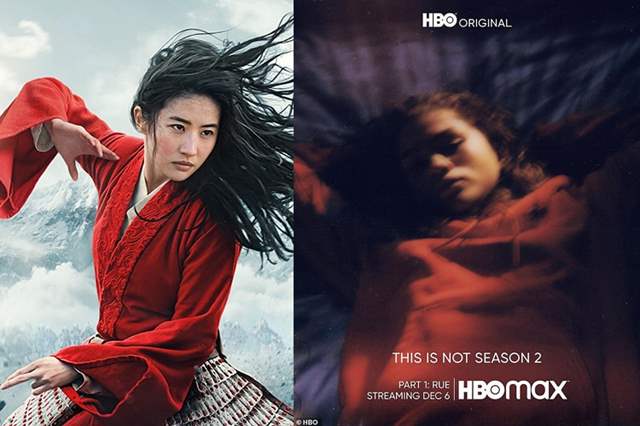 Sons Of The Soil

Sports drama have worked for the streamer and another one is coming in the form of Sons of Soil - Jaipur Pink Panthers. This one goes behind the scenes to follow one of India’s most celebrated Pro Kabaddi league teams.

Bhumi Pednekar leads this remake and it has already created a stir with much expectations.

If you haven't seen the memes already, do watch it before you watch this 'massy' entertainer which becomes the first mega massy film to have a direct digital release. 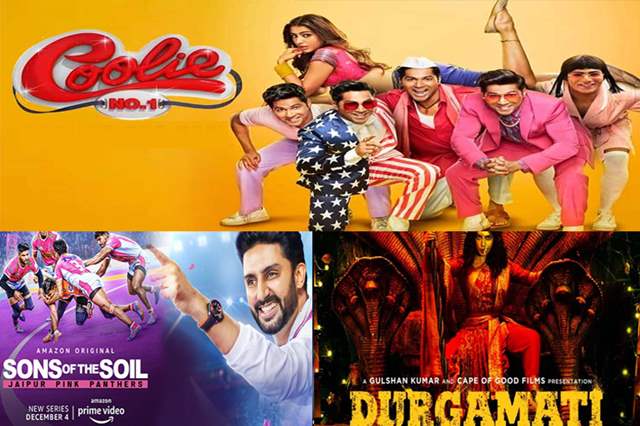 I don't know how much can the story appeal you but what certainly can is that this is the late great - Chadwick Boseman's last film appearance. Maybe watch it only for that itself.

Rather delayed but already acclaimed, Gitanjali Rao's loved animated feature is now finally getting a streaming debut. Amidst the bustle of the maximum city, the budding love between two dreamers is tested by duty and religious divides. Come for the stunning animation, stay for the the deeply moving story of young against all odds.

David Fincher. Gary Oldman. This should be enough to get you hooked already but even then, Oldman stars as an alcoholic screenwriter Herman J. Mankiewicz as he races to finish “Citizen Kane.”

Swara Bhasker stars in this Netflix original which looks like the desi version of Marvelous Mrs. Maisel - but only in current times.

Talk about having a crazy concept going. Vikramaditya Motwane's latest is about how after a public spat with a movie star (Anil Kapoor), a disgraced director (Anurag Kashyap) retaliates by kidnapping the actor’s daughter, filming the search for her in real time. 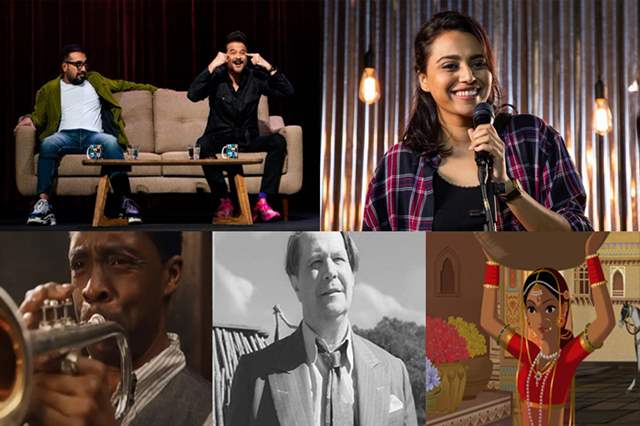