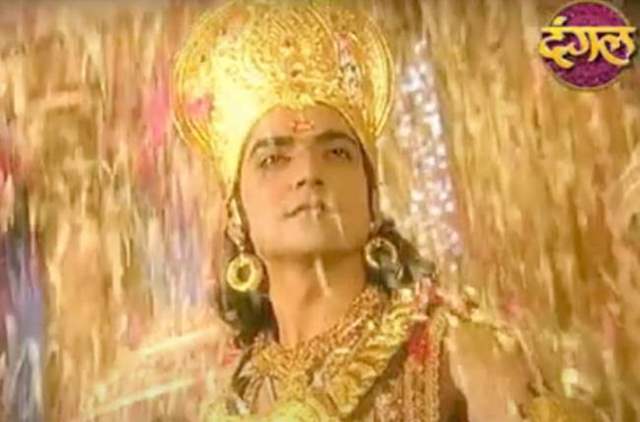 The Swayamvar in Ramayan happens to be one of the most iconic scenes of the epic. While shooting for Ramayan in Baroda back in 2008 with Gurmeet Choudhary and Debina Bonnerjee who plays Ram and Sita, to ensure that the scene was as real and natural, a specially erected set of 100 meters by 100 meters was created back then. Moreover, considering Ramayan was shot in Baroda where the temperature was over 40 degrees, flowers were taken daily from Mumbai by the first flight for an entire week to ensure the grandness of the episode. Around 10 kgs of Roses and Mogras would reach the set daily for this particular scene much before anyone even reached the set.

Reminiscing the behind the scene preparation,  Shahab Shamsi, the Creative Director for Ramayan says, “The most ethereal moment in the history of mankind is the Swayamvar of Ram and Sita. This was shot in the sweltering heat of Baroda with mercury touching over 42 degrees without AC, it was like a furnace. The flowers were withering away in minutes. So the only creative decision was to fly them every day for the shoot from Mumbai. I flew daily from Mumbai to Baroda loaded with 10 kg of Roses and Mogra flowers for the duration of shoot. The garland that Ram and Sita used for the ‘Varmala’ was flown from Mumbai by me. Even, the security guys at the Mumbai airport were puzzled as to why so much flowers were taken to Baroda till I told them that the flowers are for Ram-Sita Wedding and by then the security staff at both airports Mumbai and Baroda knew my name and recognized me personally because I used to update them with the shooting details. Such is the power of Ram.....nothing is impossible to achieve....Arambh se Anth tak ....Keval Ram! Jai Shri Ram”

With Gurmeet Choudhary and Debina Bonnerjee as Ram and Sita, Ramayan currently airs on Dangal TV daily at 7:30 pm followed by a repeat telecast at 9:20 am next day.