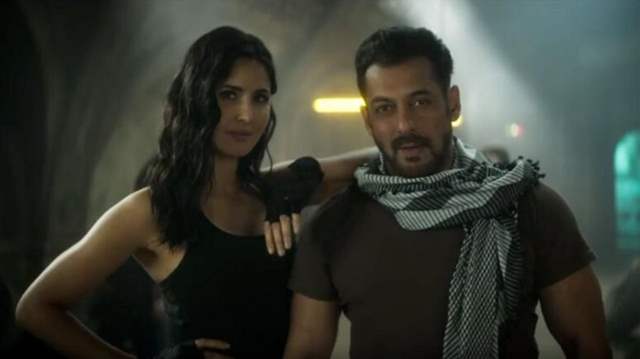 It’s been 10 years since we saw Salman Khan and Katrina Kaif dazzle on the big screen with their blockbuster superhit ‘Ek Tha Tiger’ (2012) followed by an equally buzzed sequel ‘Tiger Zinda Hai’ (2017). And now the cast and crew are celebrating 10 years of Tiger with an announcement of the 3rd film coming in theaters on 21st April, 2023 on their respective social media.

They shared a reel with assimilated clips of some power-packed action moments from the first two films and ended with a teaser clip for their upcoming sequel ‘Tiger 3’ releasing next Eid.

Fans and netizens shared their views in the comment section and it was flooded with excitement and love! The buzz is quite similar to the first two movies in the franchise and people want to know what happens next in the action-studded story of our heroes. The film is set to be released in 3 languages ie. Hindi, Tamil and Telugu.

Earlier this year the makers shared a teaser of the film which opens with Katrina Kaif’s action moves and then panning the camera towards Salman Khan when he’s asked if he’s ready for which he replies “Tiger is always ready” which leaves the fans excited and thrilled.

Talking about their professional engagements, apart from this Salman will also be seen in the film 'Kabhi Eid Kabhi Diwali' The film also stars Shehnaaz Gill and Pooja Hegde in pivotal roles. Meanwhile, Katrina is gearing up for the release of her film 'Phone Bhoot' along with Ishaan Khatter and Sidhant Chaturvedi. The film will be released on 7th October. Katrina will also be a part of 'Merry Christmas' and 'Jee Le Zaraa'.

+ 17
3 months ago I love this franchise! Looking forward to this one!